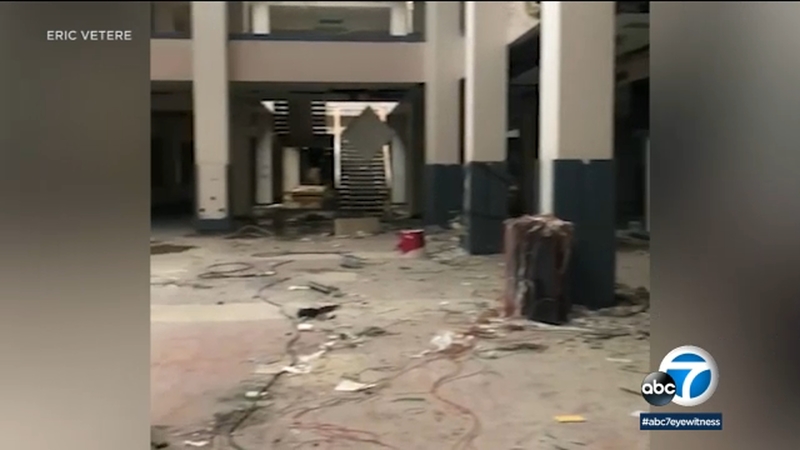 Even though the Carousel Mall is locked and boarded up, police say they get approximately three calls a week for various problems inside the now city-owned facility.

"We come out, we try to deal with the transients," said San Bernardino police sergeant Equino Thomas. "However, as soon as we board the property up, they will tear the boards down, take that lumber inside the building, make impromptu structures. So it's a repetitive continuous problem that the police department has to deal with."

Thomas also said the building was dilapidated and urges members of the public not to try to enter it.

"It's dangerous. That's how I would classify it."

"The last time I was there it was raining, water was literally pouring into the building from the roof, so there's holes in the roof. I remember seeing mold inside the building."

The city is planning to redevelop the property, but that could take years.

"We still are a few years off," said San Bernardino public information officer Jeff Kraus. "We entered into an exclusive negotiating agreement with a firm back in August and are hammering out details on a development agreement."

Kraus did say it's likely the building will eventually be torn down.

"Every proposal that we received involved demolishing of this building," said Kraus, who also mentioned several possible ideas for what the city hopes will eventually take the building's place.

"We're looking at housing in various forms - be it apartments, live-work spaces, townhomes, as well as office and things like that. I know some communities have re-used malls, but we're looking at demolishing it, clearing it and rebuilding."

Until that happens, the problems continue - even if they're largely unseen from the outside.