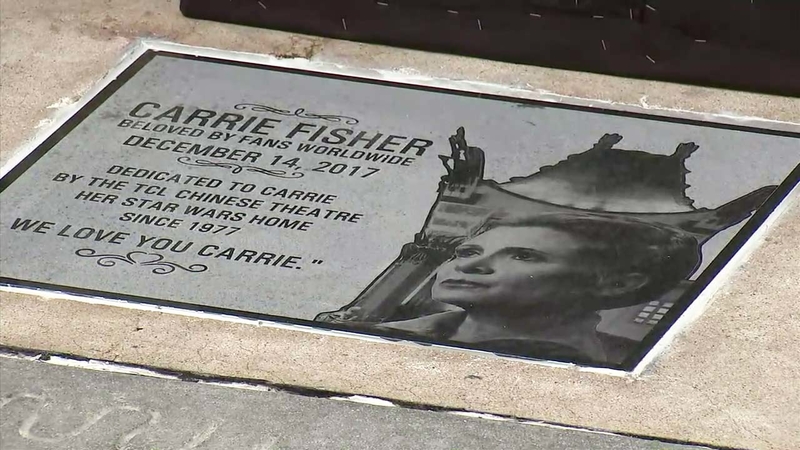 HOLLYWOOD, LOS ANGELES (KABC) -- A permanent memorial to Carrie Fisher is now in place outside the TCL Chinese Theatre in Hollywood.

The commemorative stone plaque was originally unveiled in December prior to the release of "Star Wars: The Last Jedi," but it is now affixed in cement in front of the famed theater's entrance.

Fisher's brother Todd was on hand for the unveiling of the plaque at the theater's forecourt on Thursday.

"We just want to thank you very much for this great tribute, and I'm hoping to watch many more 'Star Wars' films in this very theater and many generations. May the force be with you all," he said.

The plaque honors the late actress' work in the "Star Wars" films as Princess Leia.

The inscription on the plaque reads, in part, "dedicated to Carrie Fisher, by the theater, her Star Wars home since 1977."

The plaque sits next to the hand and footprints of Fisher's mother, Debbie Reynolds.