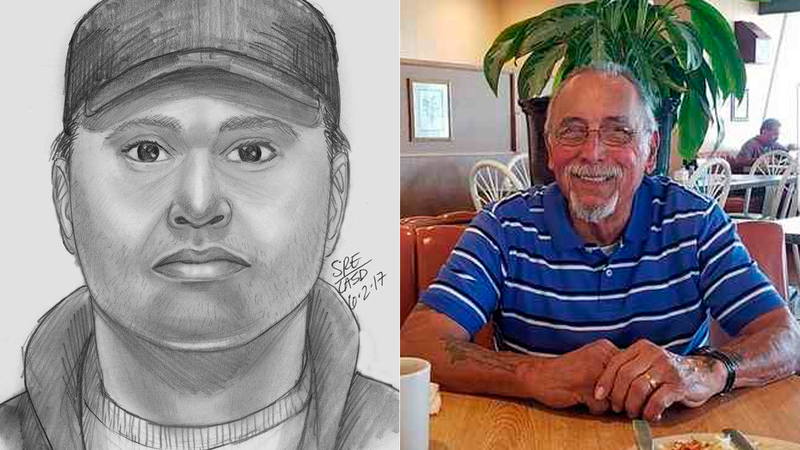 CARSON, Calif. (KABC) -- A vicious attack in Carson has left an 85-year-old veteran in a coma and neighbors wondering why he was targeted.

Residents in the Carson neighborhood are fed up and say the attack on Frank Hernandez while he was walking around in the middle of the day shows just how bad things are around the area.

Los Angeles County sheriff's detectives said Hernandez was robbed and punched in the face last Wednesday about 5:30 p.m. at the corner of 220th and Dolores streets.

He's remained in a coma at a nearby hospital ever since due to trauma to his face and head, which caused internal bleeding and swelling of the brain, according to sheriff's officials.

"He's just an innocent guy who walks around every day, and he's my neighbor, you know, I miss him," said VJ Dalpathado.

Neighbors and friends say the victim was headed to the corner store just to buy lottery tickets. They're fed up with what they say is constant violence in their neighborhood.

"There was someone shot at the corner of Avalon and 220th and someone else shot at 220th and Grace," said one neighbor, who did not want to be identified. "I'm just looking to move out of the area."

Sheriff's detectives released a sketch of the suspect and are asking for the public's help in locating him.

He's described as Hispanic with short, curly hair and a light complexion. He was wearing a gray hooded sweatshirt, dark shorts and a dark baseball cap.

Neighbors plan to attend a council meeting and request more patrol in the area.