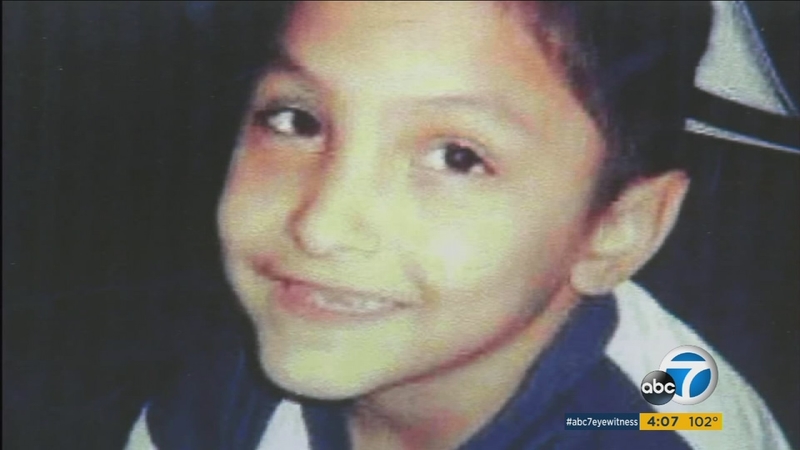 Prosecutors say Isauro Aguirre and his girlfriend, Pearl Fernandez, abused and beat her 8-year-old son Gabriel to death. The current trial is focused on Aguirre. Gabriel's mother will be tried separately for his murder.

Criminalist Tiffany Shew showed the jury photo after photo of the Palmdale apartment where the alleged abuse took place.

Hundreds of blood stains and indentation marks were on the walls - so many that she ran out of evidence stickers to mark them.

Shew did DNA tests on items in the home with blood on them...including a wooden club, a black bat and a data cord. Gabriel's DNA was also found inside the cabinet prosecutors say the boy was locked in for hours with no food or water or access to bathroom, bound and gagged.

Another witness, now-retired criminalist Stephan Schliebe, said he compared the contents of Gabriel's stomach to a cat litter sample. The material was so similar he could not tell them apart, he said.

Another expert found a fake doctor's note to take the boy out of school that had apparently been typed in the apartment.

The coroner is expected to testify Tuesday.