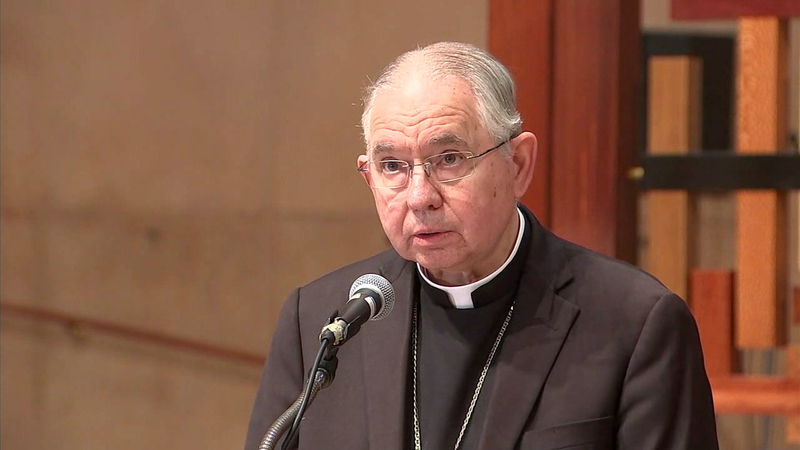 LOS ANGELES (KABC) -- Archbishop Jose Gomez of the Catholic Archdiocese of Los Angeles has released an updated list of the names of priests accused of sexually abusing minors.

The list now has an additional 54 priests, added because the criteria has changed. The list already held almost 300 names of priests directly or indirectly associated with the Archdiocese who had been accused of abuse. Of those on the list, 120 are now deceased and six were exonerated.

"To every one of you who has suffered abuse at the hand of a priest, I am truly sorry," Gomez said. "I am humbled by your courage and ashamed at how the church has let you down."

The church says the names were added if there was "a single plausible report of sexual misconduct against the priest which could not be confirmed since the priest died or left the archdiocese long before the allegation was received."

Since the 2008 report, three priests accused of abusing children were removed from the priesthood.