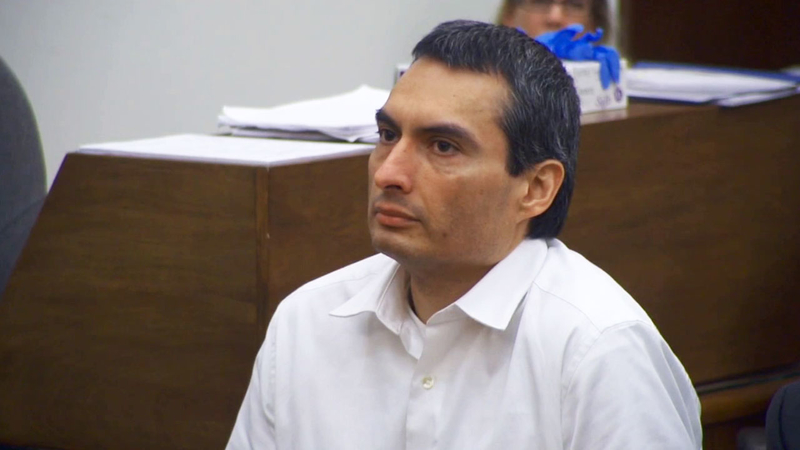 SANTA ANA, Calif. (KABC) -- The ex-boyfriend of a Cal State Fullerton student killed in 1994 was found guilty of first-degree murder after more than two days of deliberations by an Orange County Superior Court jury.

The verdict was reached Tuesday, as family members of Cathy Torrez got emotional in the back of the courtroom.

"It's been a difficult journey, but we were constantly supported by prayers and faith," said Torrez's sister, Tina Mora. "We never gave up. We continued with hope that one day this day would come."

Cathy Torrez, 20, is shown in an undated file image. Torrez was killed in February 1994.

Cathy Torrez, 20, is shown in an undated file image. Torrez was killed in February 1994.

Torrez was killed Feb. 12, 1994 after leaving her job at a local Sav-On store. Prosecutors allege Lopez stabbed Torrez more than 70 times, and he and his cousin stuffed her in the trunk of her car while she was still alive.

Her mutilated body was found a week later, still in her car, in the parking lot of Placentia-Linda Hospital.

Police say they suspected Lopez was the murder suspect from the very beginning. Lopez, however, had an ironclad alibi from his cousin, Xavier Lopez, accounting for his movements the night prosecutors said Torrez was killed.

But as DNA technology improved over the years, there was finally evidence to link Xavier Lopez to the scene of the crime. Both suspects were subsequently arrested in 2007.

"There was never a question in our mind who did this, who's responsible for it and the way he did it, it just took time for technology to catch up to the case somewhat," said Senior Deputy District Attorney Matt Murphy.

Sam Lopez's attorney, Lew Rosenblum, did not speak on camera following the verdict, but told Eyewitness News that while he respects the jury's decision, he says there was very little hard evidence connecting Sam Lopez to the crime, only a "creative story."

"Even though people say no, there's nothing that they can do anymore, you have to keep trying. That's the one thing that kept me going, kept us going," she said.

A sentencing date for Sam Lopez was set for May 1. He faces a maximum possible sentence of 26 years to life in state prison. Xavier Lopez, who is charged with being an accessory after the fact, is set to go to trial sometime in March.