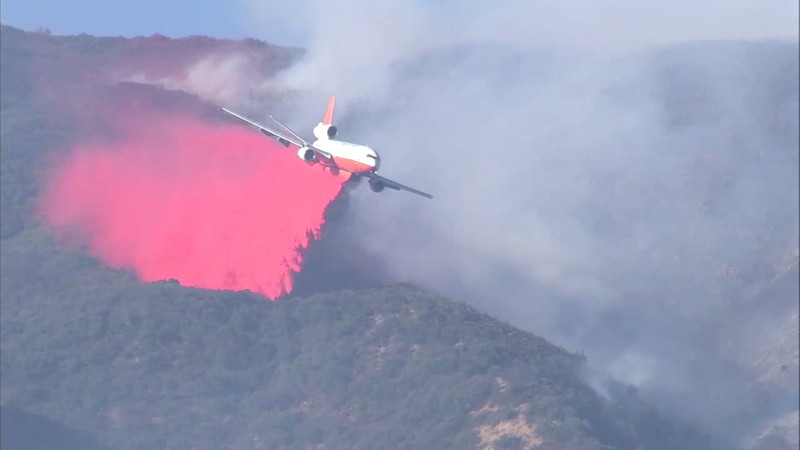 The Canyon Fire was ignited Sept. 25 by a Caltrans road flare, likely struck by a civilian vehicle, that landed near a shrub just south of the 91 Freeway at Coal Canyon, said Chief Randy Bruegman of Anaheim Fire & Rescue. The location is near the border of Anaheim and Corona.

In a statement, Caltrans said it regrets that its road flare was involved in causing a fire and begun looking at their processes for the future.

The blaze went on to burn 2,600 acres and damage five structures, including four homes, before it was declared contained several days later.

On Oct. 9, amid powerful Santa Ana winds, a "smoldering clump of oak" that originated in the Canyon Fire burn area traveled about 60 feet through the air before it ignited the new Canyon Fire 2, Bruegman said.

About two dozen structures in Anaheim Hills were destroyed in the second wildfire, which burned 9,712 acres.

Bruegman offered condolences to residents and others who were affected by the destructive wildfires.