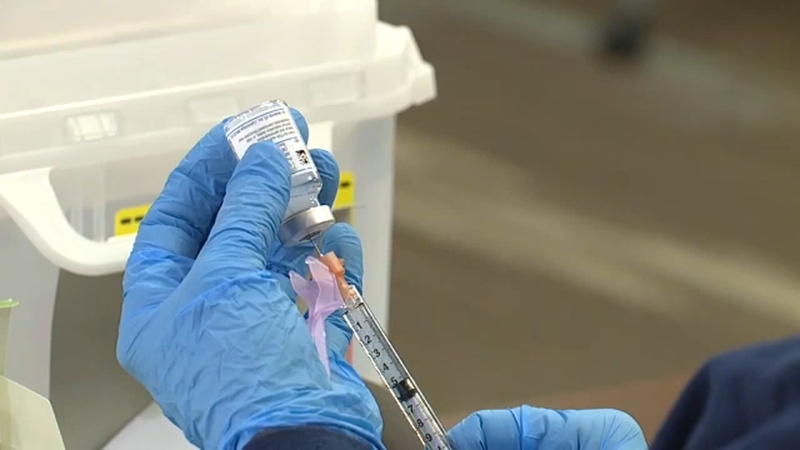 The pandemic has closed schools, offices, sports arenas and limited social interaction for millions of people -- perhaps an even bigger struggle for young people more used to being active.

In a recent survey conducted by the Centers for Disease Control and Prevention, 63% of 18- to-24-year-olds reported symptoms of anxiety or depression, with 25% reporting increased substance use to deal with that stress and 25% saying they'd seriously considered suicide.

"The mental health impact of the pandemic is much larger on younger adults," said Dr. Shaker Saxena of The Harvard School of Public Health and a professor for the practice of global mental health courts. "The figures that we have from the U.S. suggest that almost two-thirds of the young adults have some symptoms of anxiety or depression or other psychological problems."

Even when the COVID-19 crisis is over, Saxena explained that 10% of these adults will have long-lasting effects from mental health issues they're currently dealing with.

"About one-third might actually be having a problem that is severe enough for their life to be impacted in terms of their work performance and education," Saxena said. "This could actually pose a much larger burden in terms of health and disability."

Saxena added: "Many people are losing jobs. Some people are earning much less income than earlier. There is the uncertainty of where and what tomorrow will bring, which is faced much more by younger adults than by middle-aged or older adults, because this is the time for change in their lives."

The Healthy Minds Network conducted a survey and found that 80% of college students reported that COVID-19 had negatively impacted their mental health.

MORE: Serious COVID-19 vaccine reactions are rare, says new CDC report
Experts fear many of those affected are not seeking the professional help they need, and Dr. Sarah Lipson, an assistant professor in the Department of Health Law Policy and Management at the Boston University School of Public Health and co-principal investigator of the Healthy Minds Network study, told ABC News experts are trying to quantify that.

"Students of color and low-income students are significantly less likely to seek care when they're experiencing mental health problems due to cost and availability," Lipson said. "Those are also the same students who are less likely to persist in higher education and graduate. There's sort of this intersection of the outcomes that we care so much about for young adults in that regard."

The rise of anxiety and depression

Saxena explained how the pandemic is a "perfect storm" to give rise to uncertainty, stemming from anxiety and loss, possibly leading to depression. Many young adults have lost quite a bit, especially when it comes to educational and professional opportunities.

"For the people between the ages of 21 and 25, this is a time of expansion in their life, with new connections and new things," Lipson said. "That is all being halted. I think this is a hard time for parts of life to stand still when there is normally just this fast-paced developmental time where so much is happening socially and professionally."

"The job market that young people are entering into," she added, "is very unpredictable, which I think creates a lot of a lot of stress."

Mental Health America found that between April and September of last year 70% of people reported that loneliness or isolation was the top contributing factor to mental health issues. Isolation is the actual separation from others, and loneliness is the accompanying feeling.

"One can be lonely in spite of being with others. Both loneliness and self-isolation give rise to major health impacts, and the communication around the need for distancing in the pandemic has been very unfortunate," Saxena said.

He said social distancing really should have been called physical distancing, separate from social connectedness.

"People are forced to do that because there are rules put in place," he added. "However, the attempt should be to be as connected as possible."

Jordan Corcoran, an advocate and founder of Listen Lucy, a mental health organization, was diagnosed with generalized anxiety disorder and panic disorder at 19, and, now 33, she described the pandemic as very challenging.

"I feel like I'm working every minute of the day to keep my anxiety at bay," Corcoran said. "Isolation is a major part of dealing with mental illness."

Even after getting help and choosing to advocate for others who struggle with mental health disorders, Corcoran still faces her own battles each and every day.

"The world keeps putting all these obstacles in front of me. I don't know how much longer I can do this," Corcoran explained. "I check in with my mental health every day. It's part of my survival as part of my journey."

What can be done

Saxena said workplace stress -- employees being overworked, which may or may not be tied to company layoffs or restructuring -- is a big contributor, and employers can step in to help.

"They should be aware that people are going through stress and are potentially going into mental disorders," he said. "All of that should be covered as a part of the benefit package as much as any physical problem. If you're an employer and your employee needs help in terms of counseling and psychiatric help, they should actually be encouraged, supported and financed in doing that. That is a best practice that is more needed now than ever."

"I think schools need to think about an expansion of a campus mental health system to include a broader array of resources, and investing in those, as opposed to just investing in more and more staff in a counseling center," Lipson said. "It's an imbalance that is going to continue to exist and be amplified in terms of the number of students needing services and the availability of counselors."