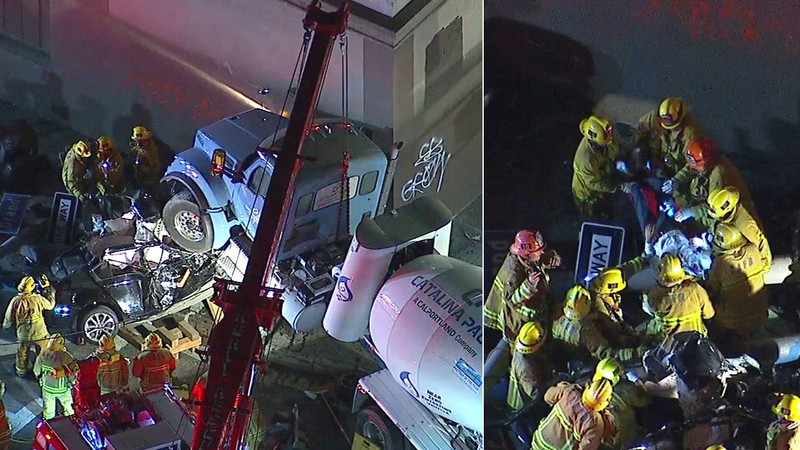 Man rescued from car after crashing with cement truck near DTLA

DOWNTOWN LOS ANGELES (KABC) -- Firefighters rescued a man trapped inside a vehicle after it was involved in a crash with a cement truck near downtown Los Angeles Friday night.

The crash happened around 10:10 p.m. in the 200 block of West Washington Boulevard. Authorities said a man in a sedan was trapped in his vehicle.

The driver of the cement truck was not trapped and suffered minor injuries, authorities said.

In footage from AIR7 HD, dozens of firefighters worked to peel back the top of the car that appeared mangled and at one point looked like it was under the cement truck. Crews then quickly worked to get the man out of the vehicle and into a nearby gurney.

The man was then rushed into an ambulance and taken to a nearby hospital.

Authorities said the crash downed nearby power lines, but did not cause a fire.

The Metro Blue Line light rail was temporarily closed in both directions near Washington Boulevard and Grand Avenue during the extraction, as well as nearby streets.