Los Angeles County has 'most at stake' with US census count 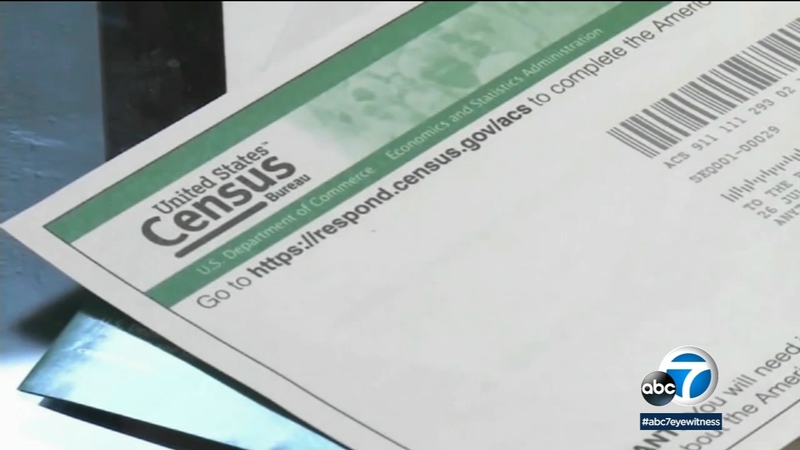 LA County has 'most at stake' with US census count

LOS ANGELES (KABC) -- With the COVID-19 pandemic, the U.S. Census Bureau is having a harder time counting everyone. It's trying to get most people to fill out the forms online. But some worry it will count fewer minorities.

"We are struggling to catch up with the rest of the nation. L.A. County is the largest county in America. We have the most at stake," said Alex Padilla, California Secretary of State.

An undercount in these communities would mean less funding for services. Congress allocates billions of dollars according to the census counts.

The latest census numbers show across the state the response rate is at 67.3 percent.

"Part of that is again due to lack of information about how the census can bring back resources to their community," said David Tucker with CA Complete Count Office.

Tucker also worries California will likely lose at least one house seat. Redistricting would change who represents some communities.

"Minority-populated centers, they may now get lumped in to another section of their community, so the person that they trust to represent their issues may not now be that represents you going forward," said Tucker.

Some might not fill out the census because they fear the information could be used against them. Padilla stresses that is illegal.

"The personal information that we do submit to the census is protected by federal law. It is secure. It is confidential," said Padilla.

The census count is currently set to end on Sept. 30. But across the country some groups are suing, hoping to extend it until the end of October. The case likely will be appealed to the U.S. Supreme Court.

East LA area artists participated in a billboard campaign to encourage residents to complete the census.