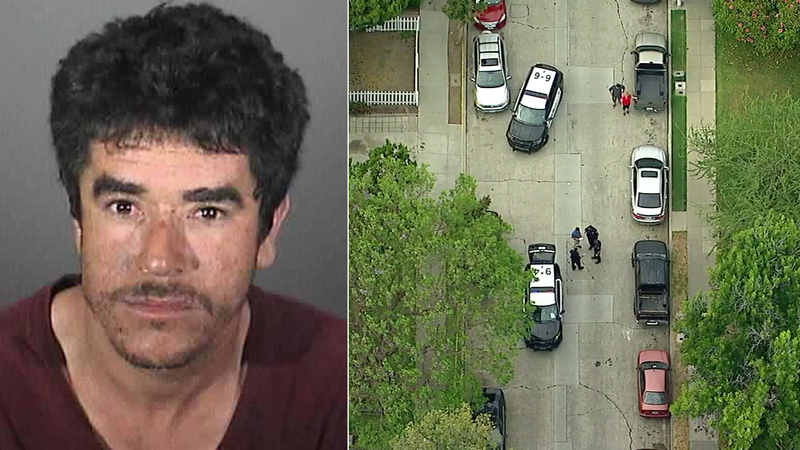 CHULA VISTA, Calif. (KABC) -- Police have arrested a man who was wanted for attacking his wife with a chainsaw in front of their children in Whittier.

Authorities are searching for a man suspected of attacking his wife with a chainsaw in front of their children at their Whittier home Wednesday afternoon.

The suspect, Alejandro Alvarez, was arrested in Chula Vista around 2 p.m. Thursday with assistance from the San Diego County Sheriff's Department and Chula Vista police.

He was still in possession of a vehicle that was stolen shortly after the attack, Whittier police said.

Police say the attack happened Wednesday afternoon in the 7700 block of Milton Avenue in Whittier. When officers arrived, they found a woman suffering from traumatic injuries they believe was inflicted on her with a chainsaw.

Investigators said the 32-year-old suspect attacked his wife in front of their three young sons.

He fled in one vehicle and then crashed a short time later, fled on foot and stole an unattended 2004 Mercury Mountaineer SUV, police said. The chainsaw was recovered at the scene.