Skier dangling from chairlift at NY resort caught by rescuers below: VIDEO 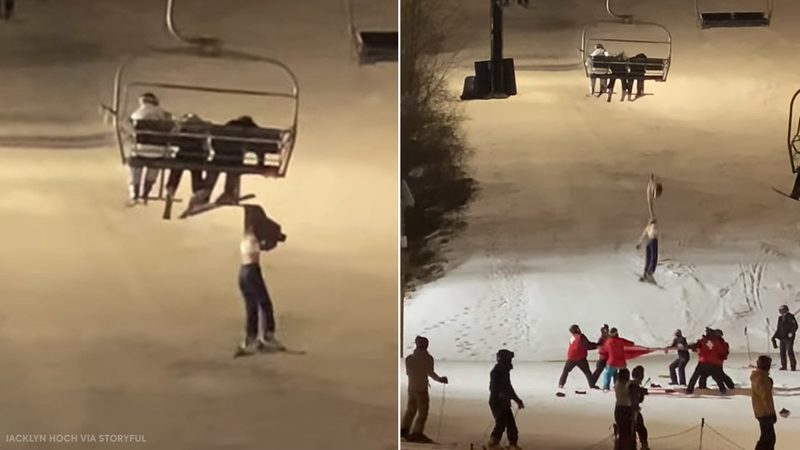 Skier dangling from chairlift caught by rescuers below: VIDEO

CANANDAIGUA, New York -- A heart-stopping video shows rescuers catch a skier who was slipping off of a chairlift at a ski resort in upstate New York Sunday.

Witnesses said the 14-year-old girl dangled by her jacket for nearly two minutes at the Bristol Mountain Ski Resort in Canandaigua, about 35 miles south of Rochester.

Fortunately, the resort's ski patrol responded quickly and helped break her fall using a safety tarp stretched out below.

The girl's sister told "Good Morning America" that she had escaped from the incident unharmed.

"She was OK. She wasn't injured. She was able to stand up and walk away," said Noah Wilson, a witness. "There was a ton of relief. Everyone was clapping and cheering."

"I don't know how she got into that particular situation yet," Fuller said.

The 14-year-old's mother, however, told "GMA" that the ski resort has not yet contacted the family, leaving her concerned about the mountain's safety protocols.

Still, rare does not mean never. In 2019, 17-year-old Connor Golembiewski died after a 20-foot fall off of a lift at a ski resort in Pennsylvania's Pocono Mountains.