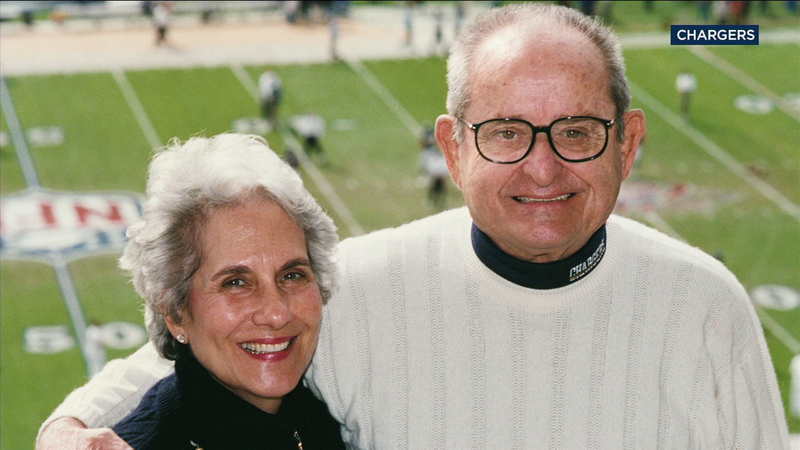 She married Alex Spanos in 1948, and they raised four children in Stockton. Alex Spanos built a billion-dollar fortune in real estate and construction during their marriage, and he purchased a majority share in the San Diego Chargers in 1984.

Their son, Dean Spanos, is the Chargers' chairman of the board and controlling owner. The Chargers moved from San Diego to Los Angeles in early 2017.

"The NFL family is saddened by the passing of Faye Spanos, the light and rock of the Spanos family," NFL Commissioner Roger Goodell said in a statement. "Faye was a woman of faith, compassion and dignity who inspired her children, grandchildren, great grandchildren as well as countless friends and extended family."