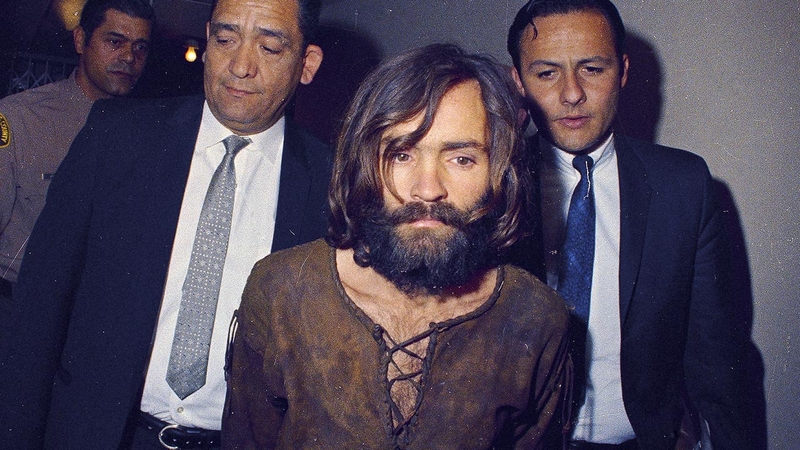 Judge considers man's claim that he is Charles Manson's grandson

LOS ANGELES (CNS) -- A probate court judge on Tuesday took under submission a Florida man's assertion that he is the grandson of mass murderer Charles Manson, a claim being challenged by a former Manson pen pal as well as Manson's professed sister, who are also vying to administer the late cult leader's estate.

During Tuesday's virtual hearing, Los Angeles Superior Court Ruben Garcia said he will decide by May 20 whether 45-year-old Jason Freeman of Bradenton, Florida, is indeed the son of Manson's late son, Charles Manson Jr., who was also named Charles Jay White and who committed suicide in June 1993.

Alan Davis, an attorney for Dale Kiken -- a lawyer and current temporary special administrator of the Manson estate who is advocating for Freeman's kinship claim -- said that two court events conclusively establish Freeman's claim to be Manson's grandson.

In February 1986, an Ohio judge found that Freeman was the son of Charles Manson Jr., who was ordered to pay child support payments to Freeman's mother, said Davis, who added that proof of Manson Jr.'s payments to the woman have been documented.

Freeman also addressed the court during the hearing, saying he was a freshman in high school when his father died and the only reason he could continue playing high school sports was because of the child support payments his mother received of more than $600 a month.

Britney Spears' mother will have to wait until this summer for a hearing on her petition for more than $660,000 in attorneys' fees from her daughter's estate.

Davis said the Ohio order remained unchallenged for decades until the current challenges by former Manson pen pal Michael Channels and by Nancy Claassen of Spokane, Washington, who alleges in her court papers that she and Manson had the same mother and that she therefore is his "sole heir-at-law.''

"All of a sudden we're dealing with an estate and we have all these people coming out of the woodwork,'' Davis said.

But attorney Timothy Lyons, on behalf of Channels, said Judge Clifford Klein, who previously presided over the case and has since retired, gave no weight to the Ohio court decision. Lawyer Dilair Nafoosi, on behalf of Claassen, said the Ohio ruling dealt with child support and not whether Freeman was a Manson heir.

Klein signed an order in 2019 directing Freeman to take a DNA test, but his ruling was reversed by a three-justice panel of the 2nd District Court of Appeal in 2021. Freeman once told Klein that he would not voluntarily agree to DNA testing, but would obey a court order to do so.

Channels had asked for the DNA test of Freeman. In his court papers, Channels said Manson's 2002 will, filed in Kern County in November 2017, named him as the executor of Manson's estate.

Freeman, acting as his own attorney, has filed court papers stating that probate of the will should be denied because it was created "as a direct result of undue influence exercised by (Channels) over (Manson) and is not, and never was, the will of (Manson).''

Manson suffered from heart disease and other ailments before he died in 2017.