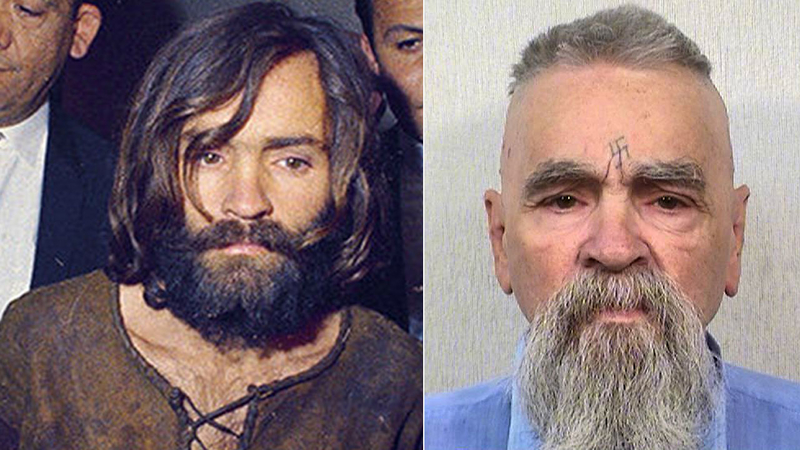 BAKERSFIELD, Calif. (KABC) -- After learning of the death of the notorious cult leader Charles Manson, the sister of one of his most famous victims released a statement Monday.

Debra Tate, the sister of the late actress Sharon Tate, said she's "praying for his soul" and hopes he gets mercy -- something he "didn't show to any of our victims."

"I try to come from a higher place and I hope he gets some mercy," she said, in part.

Charles Manson led his followers to terrorize Los Angeles in a 1969 killing spree, then spent the rest of his life behind bars. He died Sunday at 83.

She added that although she's forgiven, she has not forgotten. She said the public should not take Manson's death as relief and said it's important that all Manson family members stay in prison until they die.

"While Charlie may be gone, it's the ones that are still alive that perpetrate everything and it was up to their imaginations for what brutal things were going to be done."

Manson and his followers, known as the Manson Family, struck fear into the hearts of Los Angeles when they slaughtered at least seven people in the summer of 1969, including Sharon Tate, who was also the pregnant wife of director Roman Polanski.

"My most important message is clarifying what people are saying right now. People are saying that this should be some kind of relief, but oddly enough it really isn't. While Charlie may be gone, it's the ones that are still alive that perpetrate everything and it was up to their imaginations for what brutal things were going to be done. In an odd way I see them as much more dangerous individuals. Right now we have one Manson family member on deck who has been granted a parole date and its very important - I mean, I sit in rooms with each of these individuals, some of them once a year every year, and it's important for people to know that these are individuals that are still brutal monsters capable of committing heinous crimes. Although I've forgiven, I have not forgotten, and I feel it's very important that they stay exactly where they are until they die. And in that way Charlie was the least of my worries. And I actually pray for his soul as I did Susan Atkins when she died. And that's the way I was raised and I hope that he gets some kind of mercy, he didn't show that to any of our victims, but I try to come from a higher place and I hope he gets some mercy."