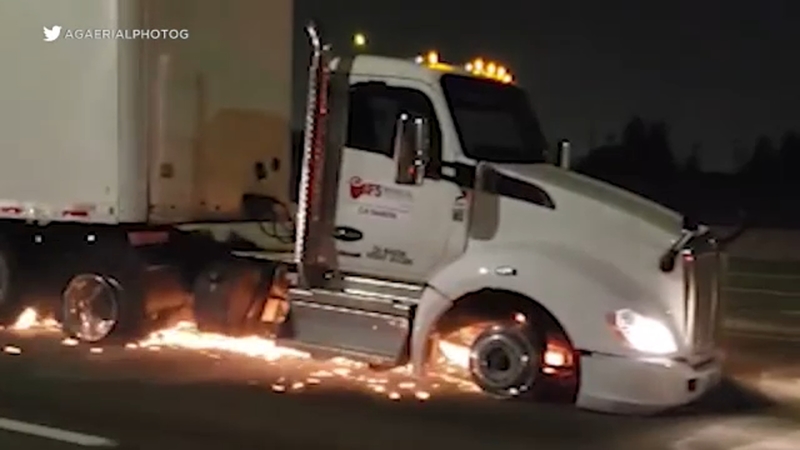 Newly emerged video shows a stolen big rig emitting a shower of sparks after driving over a spike strip during an hourslong police chase that ended Thursday morning in Santa Ana.

No less than eight spike strips were deployed during the pursuit, which made its way through Los Angeles and Ventura counties before coming to a halt on the 55 Freeway in Orange County.

At one point, the semi truck was rolling on its wheels after its front tires were blown out. A witness recorded footage of the resulting sparks as the suspect drove past.

"As you can see, a big rig has multiple tires," a California Highway Patrol spokesman said. "I believe 15 or 16 of those tires did go flat from the spike strips."


For more on the marathon chase, watch the video above.