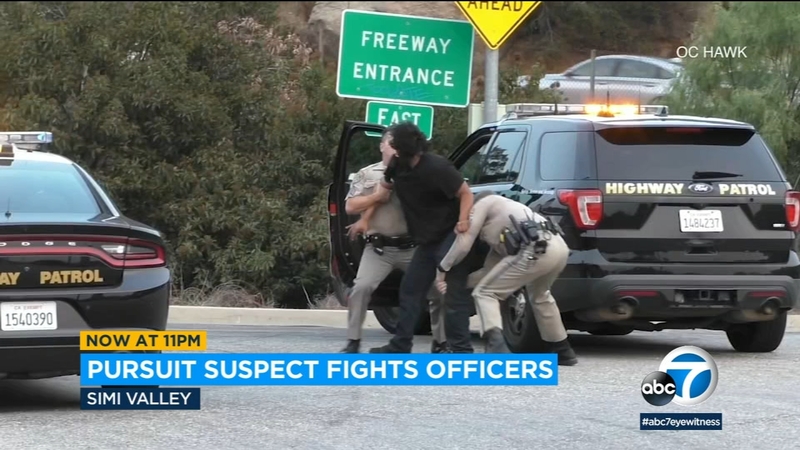 SIMI VALLEY, Calif. (KABC) -- A chase came to a violent end in Simi Valley Sunday afternoon after the suspect began fighting two California Highway Patrol officers who were attempting to take him into custody.

CHP units were in pursuit of the driver and stopped his vehicle by using a PIT maneuver on the 118 Freeway. The car wound up going over a guard rail at Rocky Peak Fire Road.

After the crash, officers approached the suspect, who was on his knees with his hands behind his head and appearing to surrender. Once an officer attempted to handcuff the man, a violent struggle ensued between him and the two officers.

The suspect was able to get back on his feet until he was wrestled to the ground by both officers.

The suspect was then taken into custody.

One officer suffered minor injuries and the driver was taken to a local hospital.

CHP said the driver was wanted for speeding.