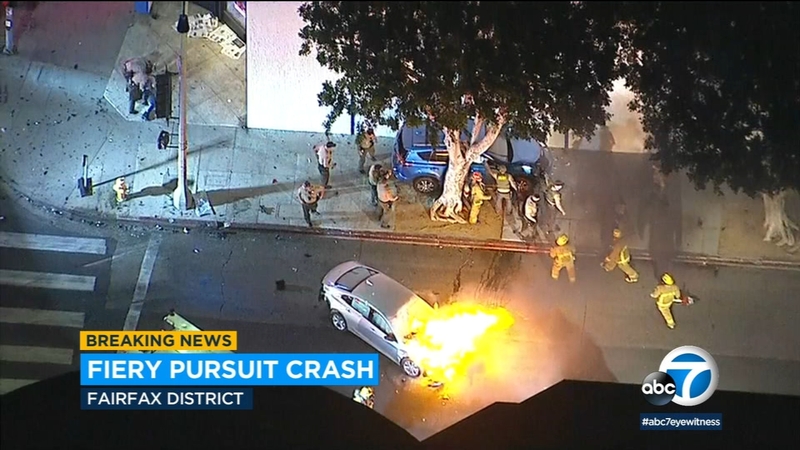 Los Angeles County sheriff's deputies were chasing a Chevy Malibu when the suspect crashed into the victim's car near Fairfax Avenue and Third Street, according to the Los Angeles Fire Department.

AIR7 HD was over the scene at about 10:30 p.m. as the front-end of the suspect's vehicle was engulfed in flames. The other car involved in the crash, a small blue sedan, was wedged between a wall of a Citibank building and a tree on the sidewalk.

The Jaws of Life was used to peel back the passenger side door of the victim's vehicle. The victim later died.

It was unclear if more people were inside the blue sedan.

Paramedics were treating the injured suspect while he was sprawled out on the sidewalk near the Citibank. He was transported to a hospital in unknown condition.