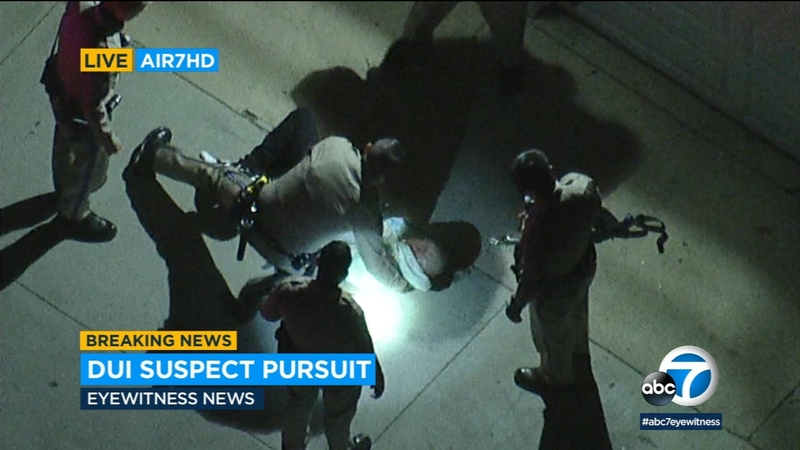 LOS ANGELES (KABC) -- A suspected DUI driver led authorities on a dangerous high-speed chase through Los Angeles and Orange counties Wednesday night until he was taken into custody in Long Beach.

California Highway Patrol officers took the suspect into custody near 12th Street at approximately 11:45 p.m. after he drove into a cul-de-sac and jumped out of a silver Audi, tossing an unidentified object to the ground as he ran.

Several CHP officers cornered him after a brief foot chase and the man struggled mightily as the officers attempted to take him down. One officer appeared to shoot the suspect with a stun gun in an attempt to subdue him.

AIR7 HD was over the pursuit around 11:20 p.m. as the suspect was fleeing CHP vehicles in the Garden Grove area and driving erratically at high speeds. The suspect was driving at speeds that at times surpassed more than 100 mph while on the freeway.

During the course of the chase, the suspect ran red lights, drove on the wrong side of the road and would have the car's headlights off.