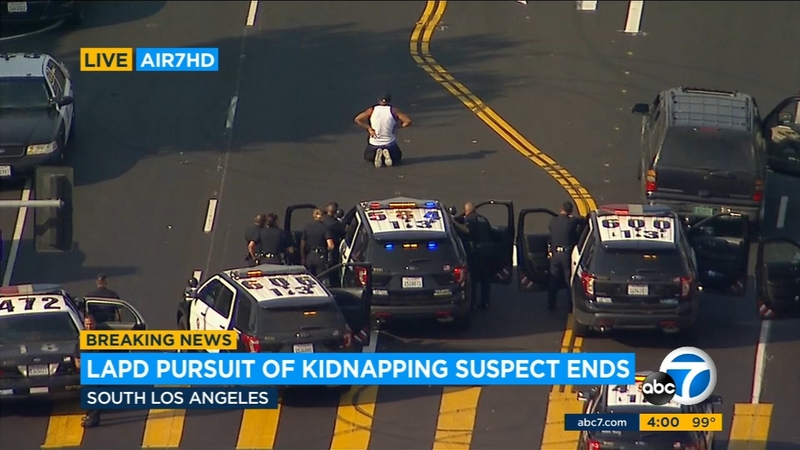 Kidnapping suspect in custody after chase through South LA

SOUTH LOS ANGELES (KABC) -- A man described as a possible kidnapping suspect was taken into custody Wednesday afternoon after a slow-speed chase on shredded tires through the South Los Angeles area.

When the vehicle finally stopped and the driver surrendered, a woman in the passenger seat emerged from the vehicle. She walked away from the vehicle and officers detained her and placed her into a patrol car. It was not immediately clear if she was the kidnapping victim.

The chase began around 3:30 p.m. in South Los Angeles. The suspect ran over one or more spike strips, but continued driving at slow speeds on the shredded tires. LAPD officers followed closely as the Chevy Suburban looped around the area for about half an hour, finally coming to a stop around Broadway and 89th Street.

At that point, the driver surrendered with his hands out the window. The woman emerged from the vehicle and was detained by officers.

The male driver exited through the driver's side window, sat on the vehicle's roof briefly and then complied with orders to surrender.