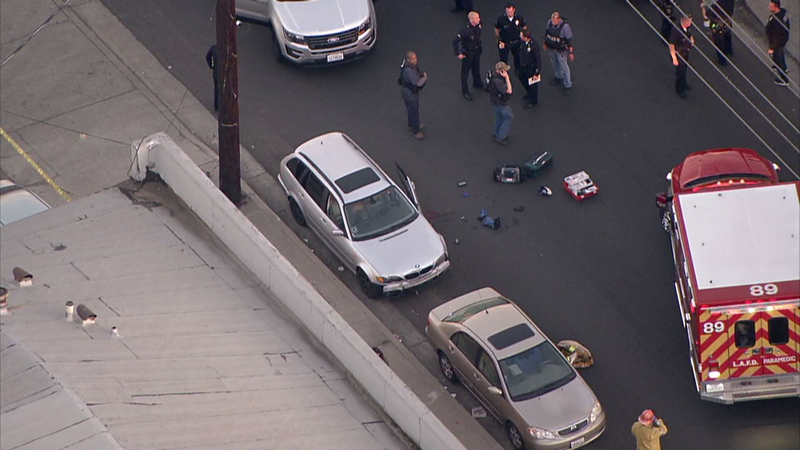 Authorities believe the man was linked to a series of robberies that happened in the San Fernando Valley and Burbank.

The deadly gunfire erupted just before 4:30 p.m. in an industrial neighborhood on Vose Street. It all began about a mile away at Kittridge Street and Radford Avenue, where authorities said undercover Los Angeles police detectives were conducting an investigation into the robberies.

"They encountered a possible robbery suspect that was involved in a possible series of robberies. That suspect entered a vehicle, a short vehicle pursuit transpired. It eventually terminated here, at which point an officer-involved shooting occurred," LAPD Lt. Chris Ramirez said.

It was unclear what prompted the shooting or how many officers fired at the suspect. That suspect was then taken to a hospital, where he was pronounced dead. His identity has not been released.

But devastated family members showed up to the scene fearing their loved one was killed. They were too upset to speak.