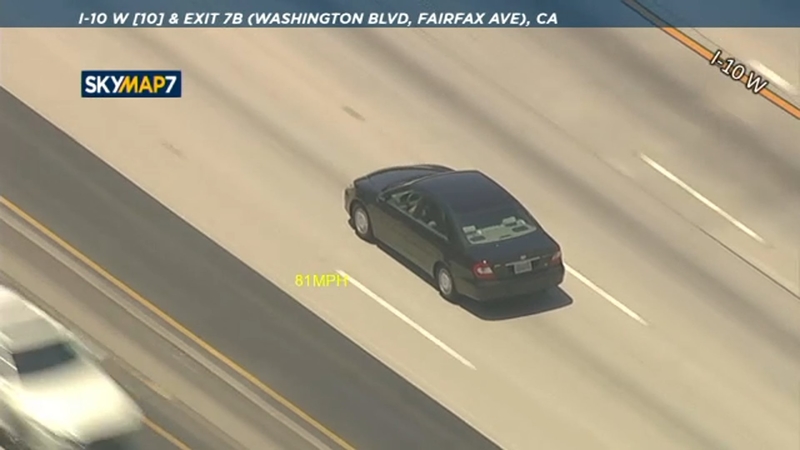 SANTA MONICA, Calif. (KABC) -- The driver and passenger in a stolen car led authorities on a high-speed chase from Long Beach to Santa Monica on Thursday before abandoning the vehicle, prompting a search that resulted in two arrests, authorities said.

The California Highway Patrol pursued the black Toyota Camry northbound on the 405 Freeway before the suspect transitioned onto the 710 Freeway and continued north. He then moved onto the westbound 10 Freeway and later exited in Santa Monica.

The chase continued to an area near the intersection of Euclid Street and Wilshire Boulevard before the man behind the wheel jumped out of the sedan and fled on foot.

The female passenger exited the car midway during the pursuit.

Both she and the driver were later taken into custody. They were not immediately identified.