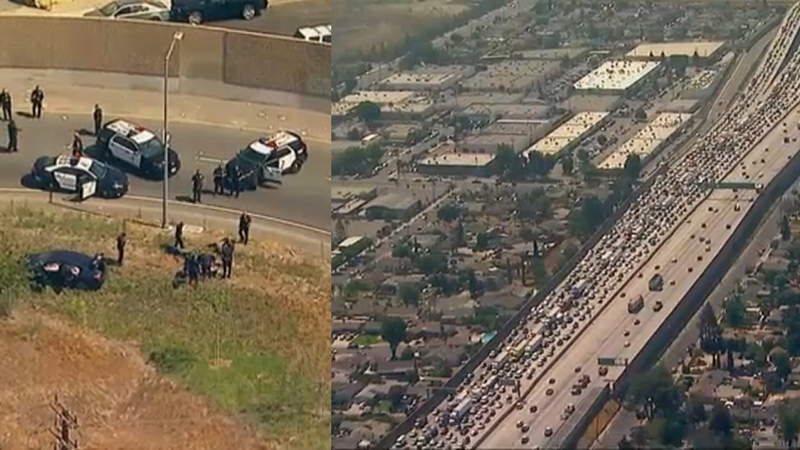 SYLMAR, Calif. (KABC) -- A car chase involving the Los Angeles Police Department ended Monday morning with a police shooting on a 5 Freeway off-ramp in Lake View Terrace, leaving the suspect apparently struck by gunfire and prompting the temporary closure of all northbound lanes.

The brief pursuit began in Sylmar and ended at about 10 a.m.

At one point, the vehicle spun out on the off-ramp, and the man jumped in the back seat. Police say he then came out of the car, officers saw a gun, and that's when the officer-involved shooting happened.

Video from AIR7 HD showed multiple LAPD vehicles on the Terra Bella Street ramp, where the driver was sprawled out on a grassy area nearby.

Firefighter-paramedics were seen attending to the individual, who was later transported to a hospital in unknown condition.

There were no immediate reports of injury to any police officers.

Following a 30-minute closure of the northbound 5 that caused a major backup of traffic, all lanes were reopened at about 10:30 a.m.