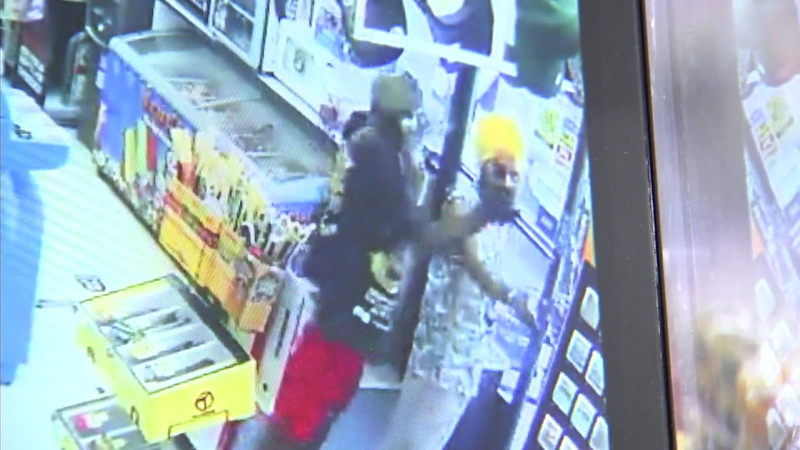 CHATSWORTH, LOS ANGELES (KABC) -- Business owners in Chatsworth have reported feeling terrorized by some homeless people and transients in the area.

Grewal has several bruises on his face from being smacked by the drunk man whom he refused to sell beer.

"Every time we have this situation, we are told 'you need to call the police,' but I've been calling the police for almost a year and a half," Grewal said. "It's still happening and it's getting violent each and every time."

Grewal's mother Golly said she has also been attacked by homeless people coming into the store. She wants her son to sell the business, pack up and move away from Chatsworth.

In a separate incident, cell phone video showed a woman screaming and slamming a blunt object into the glass front door of a Chatsworth flower shop.

The owner Diana Katayama had to lock herself inside her business out of fear for her safety.

"It's not just the homeless for me, it's the transients and the drug use," Katayama said. "It's way out of control. If you call for any help, if they show up, they don't take them and when they do, they're out in less than 24 hours."

Other locals are also dealing with the issue.

"I don't feel comfortable where I live," area resident Patti Torbron said. "Chatsworth used to be a beautiful area. Now, it's gone from bad to worse because some of the homeless people."

However, advocates for the homeless believe that providing more resources for them is a possible solution.