Driver run over after taking off from hit-and-run crash in Chatsworth, investigators say

According to investigators, a driver was driving recklessly before he crashed into a freeway sign near Topanga Canyon.
KABC 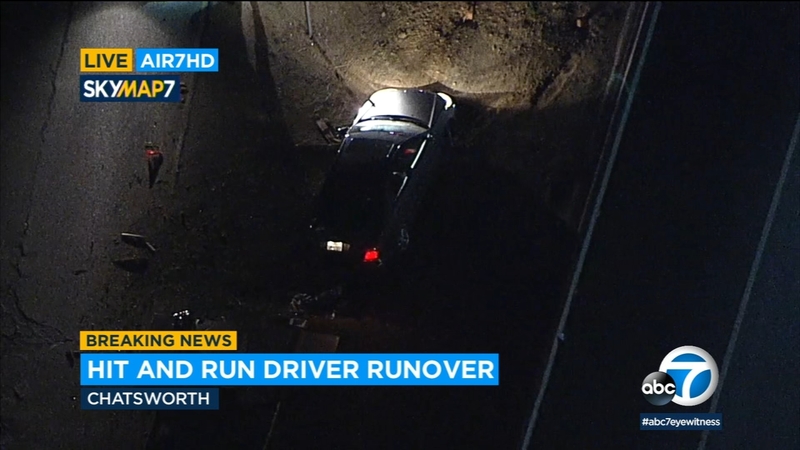 CHATSWORTH, LOS ANGELES (KABC) -- Two separate investigations are underway in Chatsworth after a hit-and-run driver was hit by a vehicle.

According to investigators, a driver was driving recklessly before he crashed into a freeway sign near the on-ramp to the 118 Freeway from Topanga Canyon.

After the crash, investigators say the driver jumped out of the car and took off running. That's when officials say he was hit by another driver.

The suspected hit-and-run driver was rushed to the hospital with severe injuries, according to police.

Both the Los Angeles Police Department and the California Highway Patrol are investigating.