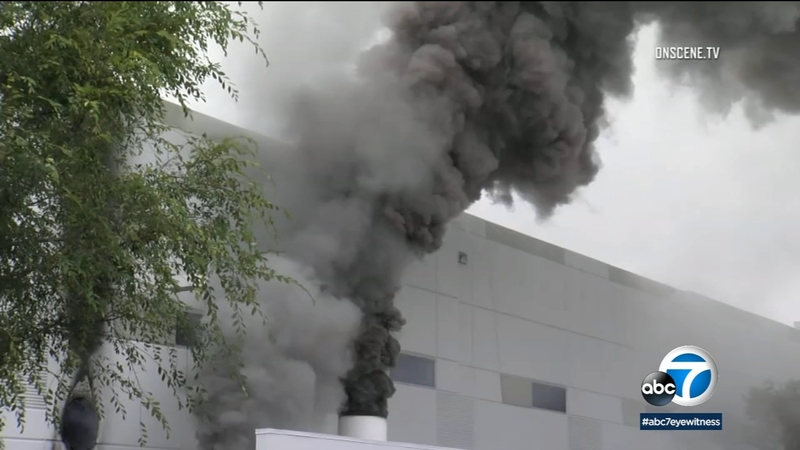 SIMI VALLEY, Calif. (KABC) -- A chemical fire at an industrial building in Simi Valley prompted shelter-in-place orders of nearby homes and evacuations of businesses Tuesday morning.

Crews were able to control the fire and contain it to the building nearly an hour later, according to Ventura County Fire.

An employee at the location said some of the building's nitric acid tanks caught fire.

Large plumes of smoke billowed from the building as crews attempted to contain the fire.

One person was treated at the scene and was not in life threatening condition.