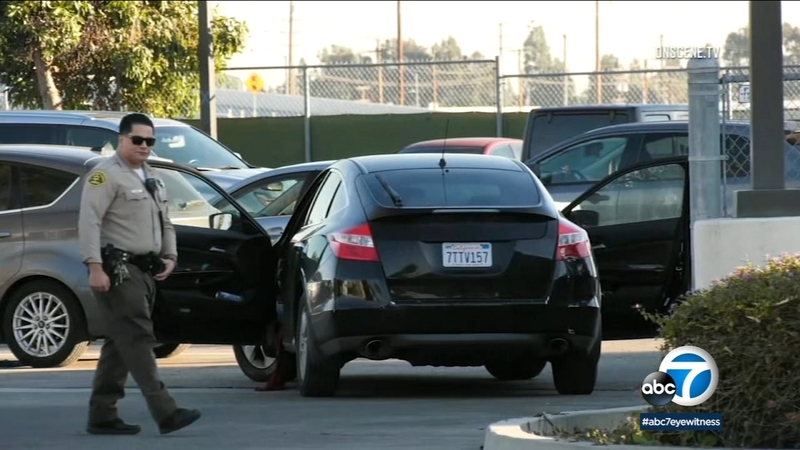 NORWALK, Calif. (KABC) -- A mother in Norwalk was hospitalized after her child accidentally shot her while he was in the backseat of their car Wednesday.

"We received a call of an assault with a deadly weapon gunshot victim. When deputies got there, they found an adult female Hispanic with what appeared to be a gunshot wound to her upper torso," Deputy Marvin Crowder said.

The woman was shot while sitting in the driver's seat of a black Honda outside the school. Her children were in the backseat when her son, who is under the age of 5, somehow got hold of a shotgun.

"It appears to be an accident with the young kid pulling the trigger of the shotgun in the backseat of his own car and striking his mother," Crowder said.

Delia Camaren lives across the street from the school and said she can't believe this happened in her neighborhood.

"It's very scary because, like I said, my grandbaby goes there. He could have been in school. It could have happened inside the school. We don't know. It was really scary to have this happen," she said.

The mother who was shot is listed in fair condition. Her children were placed in the custody of Los Angeles County Department of Children and Family Services.