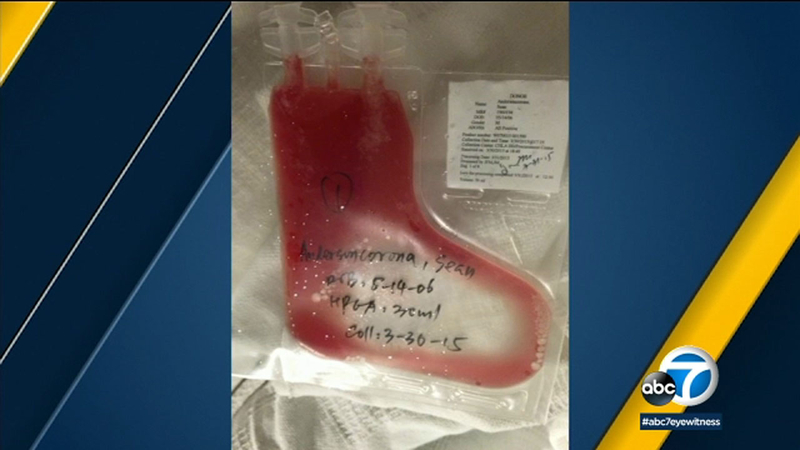 More than four dozen cancer patients at Children's Hospital Los Angeles lost their stored stem cells when a freezer at the hospital failed.

Those stem cells, harvested from the children before they underwent chemotherapy and radiation treatments, were frozen in case their cancer should return.

"One of the freezer's sensors failed and the notification process...failed and so we lost those specimens," said Dr. James Stein, CHLA's Chief Medical Officer. Stein added that the families of 56 children have been notified of the stem cell loss.

Sean Anderson Corona, 13, is one of the patients whose stem cells were destroyed. The eighth-grader went through stem cell therapy when he was diagnosed with Stage Four Neuroblastoma, and in November he'll be cancer-free for three years. But, harvesting those stem cells can be a grueling ordeal for children. The process involves injections and requires the child to be hooked up for a day or two to machines that separate the stem cells from the rest of the blood.

"It was painful," Sean said. "I would try to sleep and my body would just start shaking, and then I just started to freak out and I'd start crying."

Sean's mother, Elizabeth Anderson, is worried that should her son's cancer return, it may not be possible to harvest more stem cells from his blood.

"Once you're through that whole process of doing all the treatment, you've damaged your body," said Anderson. "That's how damaging chemo is or the radiation alone. And so it's the same with the stem cells. He doesn't have that as an option to just collect more."

However, Stein says the patients who lost their stem cells to the freezer failure can go through the harvesting process again.

"Were there to be a recurrence of disease that required stem cells, the patients can have their stem cells collected again," Stein said.

Anderson is also upset that the hospital notified families by mailing a letter last week, one that was addressed to her son. She says had she known what was in the letter, she would have chosen not to tell Sean. Instead, the boy read of the stem cell loss and burst into tears.

"I got almost to the very bottom and I just started crying," Sean said.
Children's Hospital L.A. apologized for sending the letter to a child. The hospital released the following statement, which reads in part:

"Safeguards were in place at the time but were insufficient. Since that time, we have replaced the freezer that malfunctioned, upgraded our sensor monitoring and alert system, double-checked all power supply sources, increased our maintenance schedule and launched training for the engineering team on the new system."

Children's Hospital has set up a dedicated phone line to answer any questions affected parents may have concerning the stem cell loss.