Journalist who left job, marriage for Martin Shkreli says she did it for love 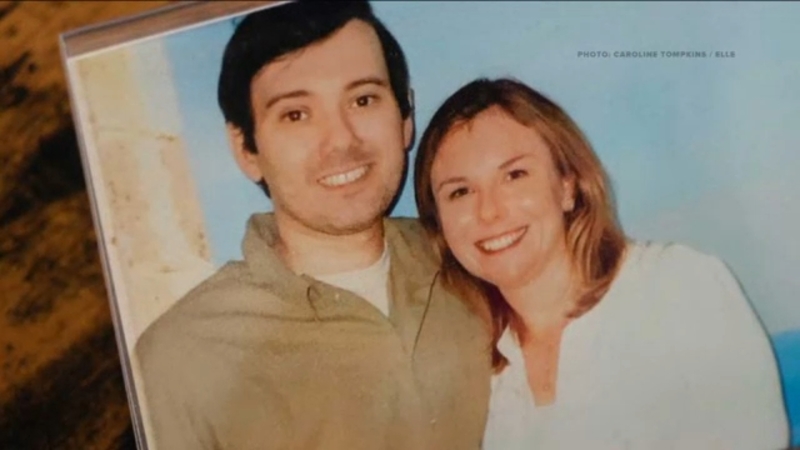 Woman who left job, marriage for 'Pharma Bro' says she did it for love

A journalist who covered Martin Shkreli says she gave up everything for the notorious "Pharma Bro."

In a viral interview with Elle Magazine, former Bloomberg News reporter Christie Smythe says she did it all for love.

Shkreli is best known as one of the least-liked people in the world, a man who in 2015 raised the price of a life saving drug nearly 5,000%.

"I don't really care about people hating me," he said at the time.

In 2017, Shkreli was found guilty in an unrelated fraud case, livestreaming through the verdict with a beer in hand, and later sentenced to 7 years in prison.

"I'm one of the richest New Yorkers there is," he said back then. "And after today's outcome, it's going to stay that way."

Now, Smythe, a reporter who covered his trial, is speaking out telling Elle that she saw a different side of Shkreli and fell in love.

She was happily married when she started covering Shkreli.

"She described that he was incredibly smart, loved to talk about literature, about art," Elle reporter Stephanie Clifford said. "She described the conversation flowing like water."

Smythe started visiting Shkrelli in prison, and within a few months, she left her husband and her job.

"I told Martin I loved him," Smythe says in the article. "And he told me he loved me, too."

"They would kind of describe their future plans," Clifford said. "He talks big, but she said even if 1% of them do happen, that's still fantastic."

"She says she's aware of what life outside of prison would be like when he gets out, of how messy and complex that would be," Clifford said. "On the other hand, she's frozen her eggs."

But since Smythe went public, Shkreli has cut off all contact with her.

"Mr. Shkreli wishes Ms. Smythe the best of luck in her future endeavors," a statement to Elle read.

It was unclear why she went public despite knowing Shkreli was against the idea, but Clifford has her thoughts.

"I think two things," she said. "She wanted to get up the story of who, in her mind, Martin Shkreli really is. And she just didn't want to have to lie about her personal life anymore...She thinks that his villainous public persona is as a face, is a mask, that he puts on to stir controversy."

"I know I did things that are controversial and that many people would not agree with," she said in a statement. "I followed my heart, though, and ultimately I don't have regrets...He is a person who can and I believe will do amazing things, if he has an opportunity to redeem himself."
Report a correction or typo
Related topics:
societymartin shkrelilove
Copyright © 2022 KABC Television, LLC. All rights reserved.
TOP STORIES
Vigil held for 19 children, 2 teachers killed in TX school shooting
Uvalde school shooting: What we know about 19 kids, 2 teachers killed
Onlookers urged police to charge into TX school: 'Go in there!'
After Texas shooting, LAUSD announces updated safety plans
4.3-magnitude earthquake rattles town of Trona, USGS says
Timeline breaks down Uvalde shooter's movements day of massacre
West LA family searching for missing man with autism
Show More
Los Angeles watering restrictions approved by city council
2 Turpin siblings now have large following on TikTok
South LA nonprofit says more work needs to be done in social justice
2 years after the death of George Floyd, what has changed?
Hospitality workers call for moratorium on Anaheim development deals
More TOP STORIES News