Thousands of dollars worth of jewelry stolen after smash-and-grab robbery at Puente Hills Mall: LASD 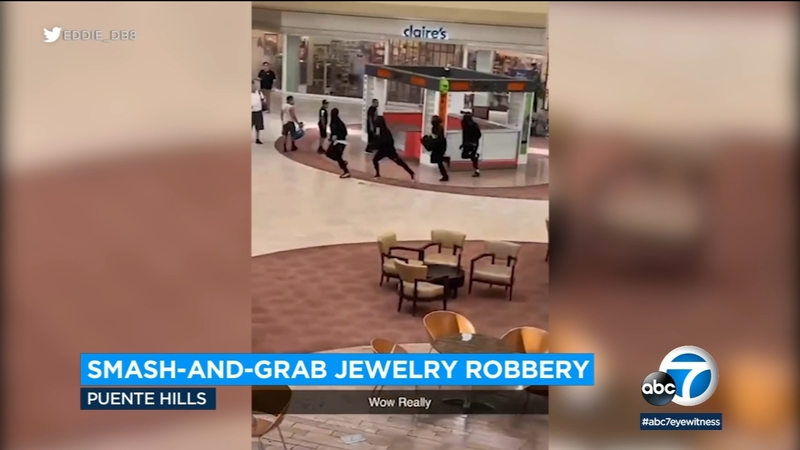 CITY OF INDUSTRY, Calif. (KABC) -- The Los Angeles County Sheriff's Department is investigating a smash and grab robbery at a jewelry store in the City of Industry after four masked individuals were caught on video running away from the scene.

The incident happened at about 4:15 p.m. Saturday.

Video from an Eyewitness News viewer posted to Twitter shows the four masked people, dressed in black, running in the Puente Hills Mall.