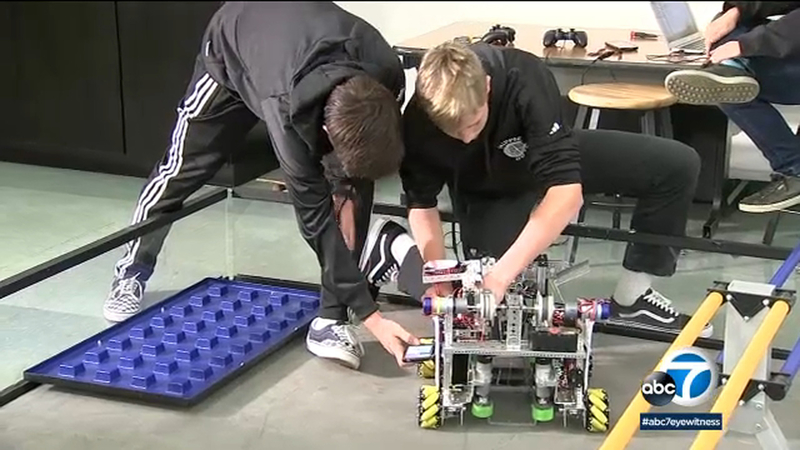 MONROVIA, Calif. (KABC) -- A student robotics team from a Monrovia middle school is gearing up for an international competition.

The Hippie Bots at Clifton Middle School are heading overseas as the only team from the United States invited to compete in the FIRST Tech Challenge Barcelona Championship. The students who make up the team will also be some of the youngest in the competition.

"We will be going against college students and as a middle school, it's amazing that we're going to be able to... have this opportunity and go against them," said Hippie Bots team member Guadalup Hilario.

The school started the program six years ago and has been building award-winning teams ever since, despite the fact that most of the students have no prior robotics training. From designing to building and programming, the Hippie Bots make their robot from the ground up, each team member assigned a different task that makes it come to life.

"It's kinda cool seeing it all come together and able to perform certain tasks," said team member Zachary Menlove. "It's kind of weird (to think) a robot could just, you program and build it, and just can do whatever you want."

The team even puts in hours after school and on weekends to make the best robot and in the process, they learn they can't do it alone.

"My favorite part of robotics is working together as a team and seeing us work together... I like to see that when we come together, we can get a lot of stuff accomplished," Hilario said.