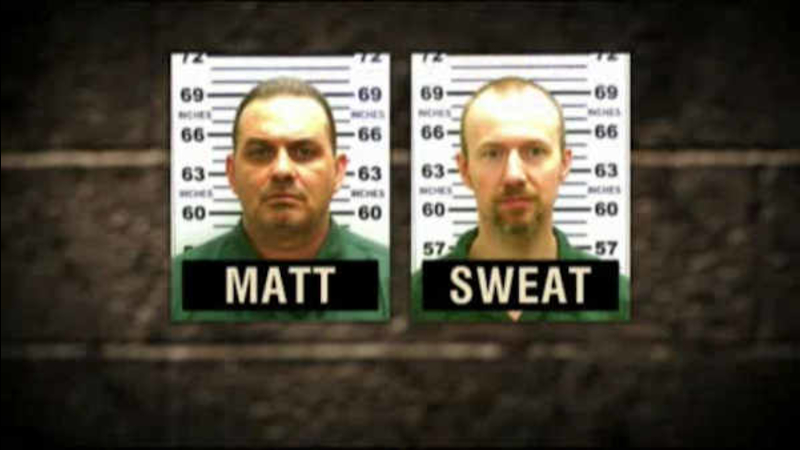 DANNEMORA, N.Y. -- The woman charged with helping two murderers escape from a maximum-security prison in upstate New York had discussed with them a murder-for-hire plot involving her husband, officials said Wednesday.

"What I can tell you is that the reports that it was discussed between Joyce Mitchell and the two escapees, the information we had from Joyce Mitchell is that that occurred. That plot had occurred and that's all I'll speak of of that because we don't want to get into the relative issues on the investigation," Wylie said.

In an interview with ABC News, Wylie added that Joyce Mitchell told investigators she was having sex with Richard Matt in the tailor shop. Prosecutors have said she agreed to be the inmates' getaway driver but backed out because she still loved her husband and felt guilty for participating.

Meanwhile, New York State Police say there's no "hard evidence" that indicates two murderers who escaped from a maximum-security prison have managed to get out of the area.

Police officials said that the lack of evidence doesn't mean David Sweat and Richard Matt are somewhere near Clinton Correction Facility in Dannemora, near the Canadian border in northern New York.

Officials say more than 600 law enforcement officers are searching for the escapees, down from 800-plus a couple of days ago.

The search has shifted from roadblocks to roving patrols as police check hunting camps in the heavily wooded region.

Sweat and Matt broke out June 6 by using power tools to cut their way out of their adjacent cells and crawling through a stream pipe to a manhole cover.

Also on Wednesday, New York State Police released new photos of what prison escapees Richard Matt and David Sweat might look like after 10 days on the run.

Richard Matt, left, and David Sweat shown in progression photos released by New York State Police. The photos show what Matt and Sweat might look like after 10 days on the run.

Sweat and Matt escaped June 6 from the maximum-security prison near the Canadian border.

Sweat, 35, was serving a life sentence without parole in the killing of a sheriff's deputy. Matt, 48, was doing 25 years to life for the kidnap, torture and hacksaw dismemberment of his former boss. He is described by authorities as is described as 5'10" tall, 165 pounds, brown hair and green eyes. He has tattoos on his left bicep and his right fingers.

Matt, 48, is also 5'10" tall, 210 pounds, with black hair and hazel eyes. He has tattoos on back "Mexico Forever", a heart on his chest and left shoulder, and a Marine Corps insignia on his right shoulder.

Both are considered to be a danger to the public. Authorities say if you see them, DO NOT approach them. Contact 911 immediately.

Authorities are also asking people to report any suspicious activity; that includes any sign of a trespass, burglary or vehicle larceny. Contact 911, your local law enforcement agency, or the New York State Police to report any information related to this investigation at (518) 897-2000 or 1-800-GIVETIP. Tips can also be sent by email to crimetip@troopers.ny.gov.