Gabby Barrett will be at the CMA Awards this year, where she's nominated twice: for best new artist, and for single of the year for her chart topping ballad "I Hope."
OTRC
By George Pennacchio 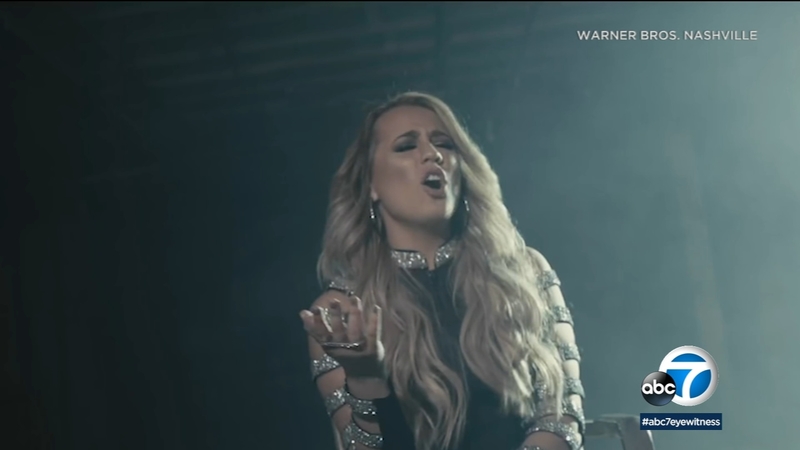 2020 has been good to Gabby Barrett

LOS ANGELES -- Wednesday night will be a big one for singer Gabby Barrett. The former "American Idol" finalist could take home her first CMA Award. She's also performing on the show; and says she's carefully planning how to navigate the big event while *very pregnant!

"I'm just so excited in so many ways," said Barrett. "I walked the carpet the past two years."

Barrett will be back at the CMA Awards this year, but not just as a spectator. She's nominated twice: for best new artist, and for single of the year for her chart topping ballad "I Hope."

"It was the fourth song that I had ever written, about two years ago," said Barrett. "I've been very fortunate to walk into this community in Nashville and they had very wide open arms that have been so wonderfully receptive toward me."

We first got to know Barrett when she was on season 16 of American Idol in 2018. It helped launch her solo music career; and now, she's more thrilled to be part of the country music community, and its biggest night.

"I was just hoping I would be nominated, and I'm like, I can taste it it's so close but so far!" said Barrett. "So now to be nominated for not one but two I'll be walking with my shoulders back, big old pregnant belly! The CMAs is just such a huge award show. I've been watching since I was little and always, always wanted to be a part of it as an artist."