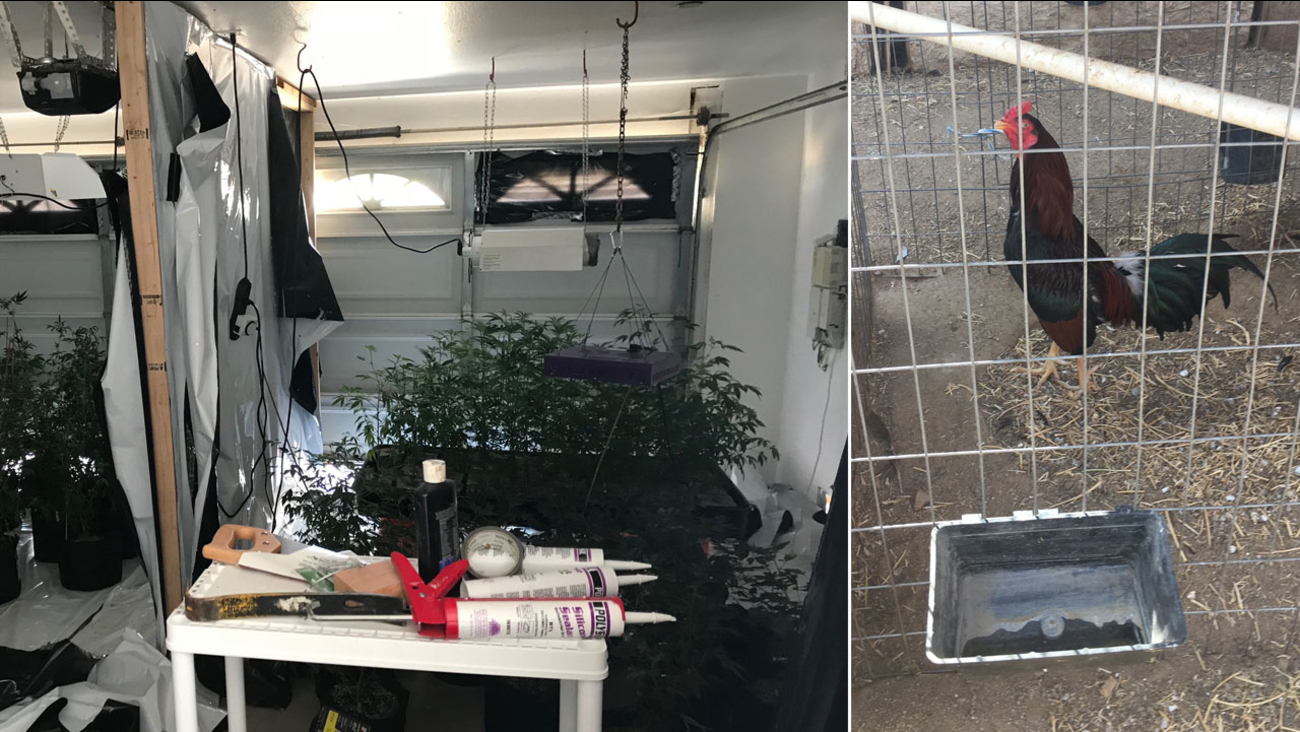 An indoor marijuana grow is shown inside a Victorville home alongside a rooster found on the property.

KABC
VICTORVILLE, Calif. (KABC) -- An illegal cockfighting ring and THC extraction lab were found in a Victorville home during a search, authorities said.

Around 8 a.m. Friday, sheriff's deputies served a search warrant at a home in the 13000 block of Begonia Road regarding an illegal bird fighting operation.

During the search, authorities also found the THC extraction lab and a marijuana grow with more than 325 plants as well as more than 40 pounds of processed marijuana and 3 pounds of concentrated THC.

The lab and grow operation used advanced lighting, air conditioning, fans and exhaust blowers to control the climate as well as the marijuana smell, authorities said. Investigators also found that the electricity being used to power the operation was stolen.

Other law enforcement personnel responded to the home to help because it was considered a hazmat situation after 400 butane cans were found.

In addition to the lab and grow, bird fighting supplements, feed, tethers and other fighting objects were found. There were 20 roosters and many of them had their combs and waddles groomed for fighting, authorities said.

The suspect, identified as 38-year-old Gregory Sams, had fled the scene when deputies arrived. He was found a short time later down the street.

Sams was arrested on suspicion of having a THC extraction lab and booked at the High Desert Detention Center in lieu of $500,000.