VALENCIA, Calif. (KABC) -- A fire on the Colossus roller coaster caused the collapse of the top of the lift hill of the ride at Magic Mountain on Monday. The fire erupted while crews were working on disassembling the famous wooden coaster.

Los Angeles County firefighters responded to the park in Valencia at about 1:30 p.m. The fire was located at "the top of the lift hill at Colossus," according to Magic Mountain spokeswoman Sue Carpenter.

As fire crews doused the ride with water, the structure of the peak of the lift hill collapsed. There were no injuries reported, and the fire was out in about 30 minutes. The cause of the fire was under investigation. 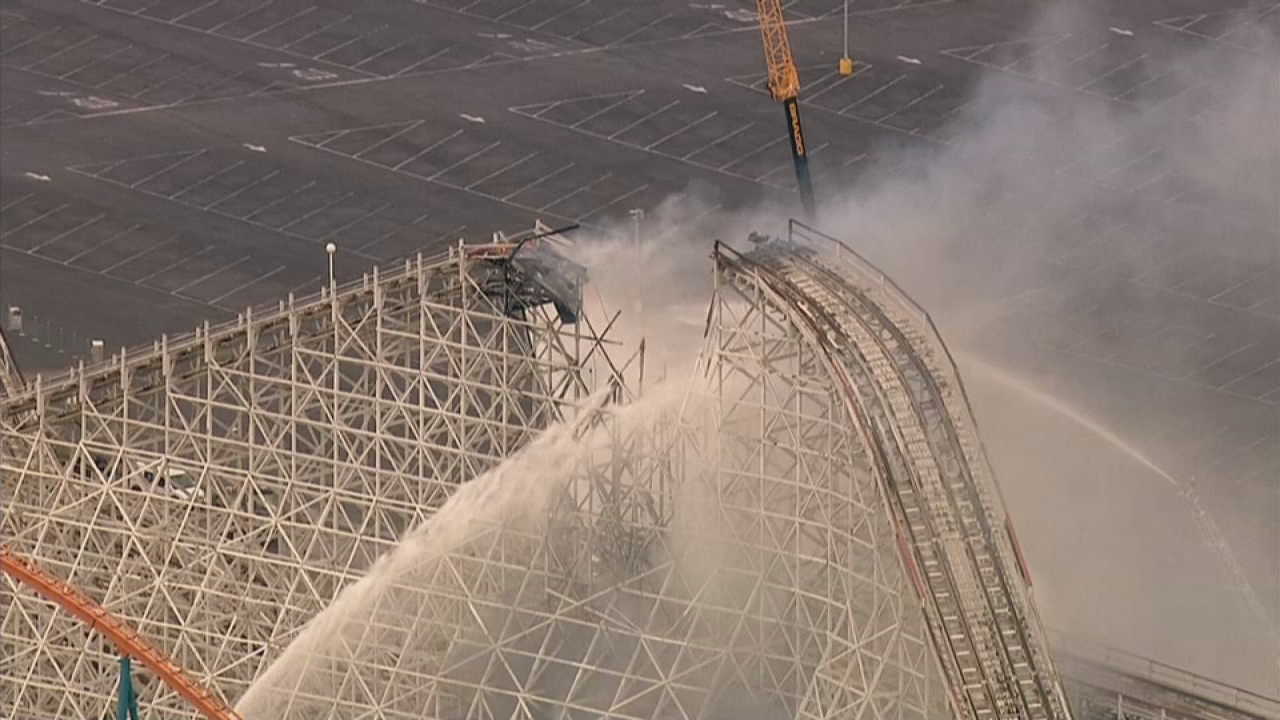 Firefighters put heavy streams of water onto the fire instead of putting personnel at the top of the structure, according to L.A. County Fire Spokesman Rick Flores. There was no immediate estimate of damage Monday afternoon.

The park was not open on Monday.

The Colossus was shut down on Aug. 17 to be replaced by a newer version of the ride. The Twisted Colossus is scheduled to open in spring 2015.

The classic wooden roller coaster was the world's tallest and fastest when it opened in 1978. It is 125 feet tall and reaches up to 62 mph. 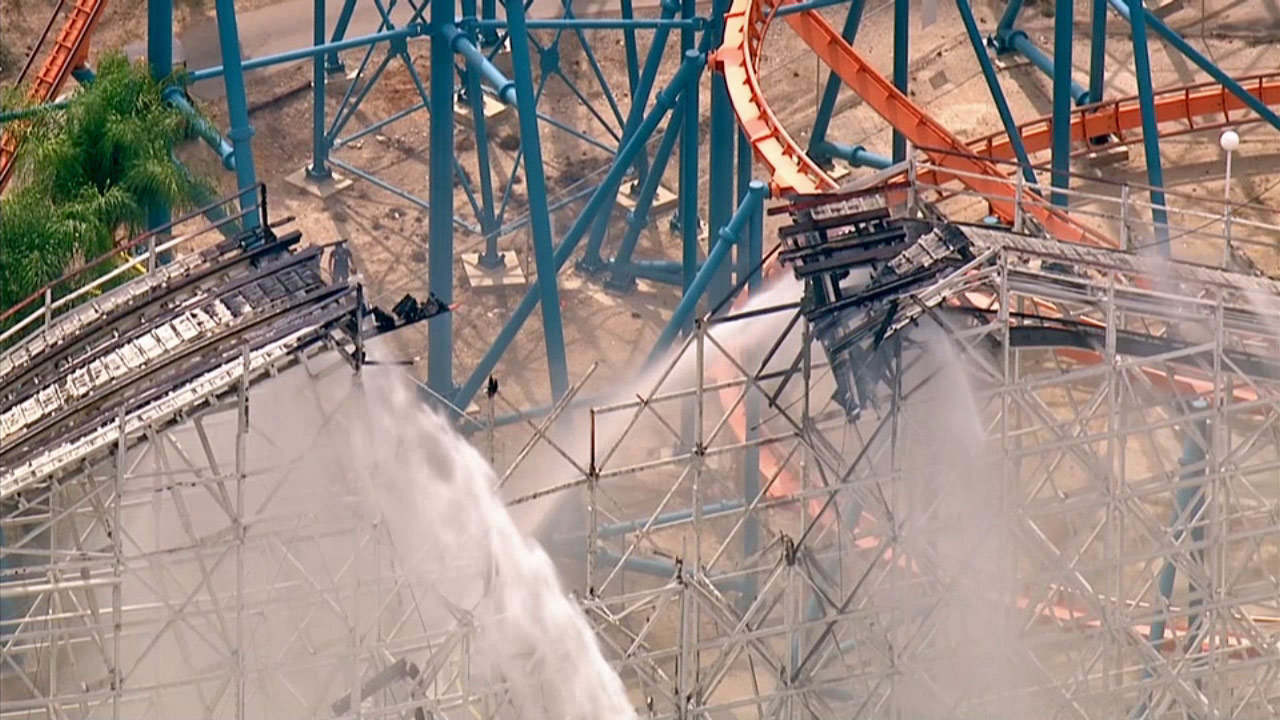