Community fridges in Compton, Highland Park and Long Beach are getting shut down by city officials

In Highland Park, one of the fridge organizers said they received two notices from the City of LA Public Works for obstruction of public right of way.

"We were told if we did not remove it they would take it and the landlords providing power would be fined," said Linda Hindes, a community fridge LA organizer.

When asked about this incident, the City of LA Public Works gave this statement to Eyewitness News:
"No matter how well intended these community fridges may be, it remains the responsibility of StreetsLA to ensure public safety and accessibility on our public right of ways. Any obstruction on a public sidewalk that could cause harm to someone or does not allow wheelchair passage needs to be removed."

In Long Beach, the community fridge organizer Ryan Hoyle said that they received a first and final notice that they didn't have the right food handling permits to operate the fridge.

"We found out that this facility does not have a valid health permit based on health and safety code for California. Any facility or any entity that provides food to the public, whether they are packaging it, preparing the food, storing it, displaying it, or handling it, they need to have a valid health permit. And that was one of the issues that we had with this particular food distribution," said Long Beach Environmental Health Supervisor Mozhgan Mofidi.

Mofidi expressed that if food from the fridge was contaminated and made someone sick, it would be very hard, if not impossible, to trace it back to the source.
"Would we, as a health department, be able to trace back this food? That means that even if we take every measure in health safety and food safety, still, there is a possibility that something could happen," said Mofidi.

Hoyle said that health officials did provide him with a brochure about how to get permits for the fridge. But at the moment, he plans to give back to the community in different ways.

In Compton, one of the community fridge organizers, Kani Webb, said that they received two city code violations from the City of Compton Code Enforcement Division

The first violation was for property maintenance.

"The issue was that the fridge was abandoned discarded or unused and because of that it couldn't be out front of the property," said Webb.

The second violation was a violation of the building department electrical code, extension cord subject to damage.

Webb said that the Compton Fire Department alerted him that they might have issues with the fridge.

"The fire department gave us a verbal warning," said Webb.

According to Webb, the fire department was worried about contamination, spread of the virus and child safety.

They also suggested that Webb attach a latch to the fridge.

But community fridges continue to grow throughout the Greater Los Angeles Area. 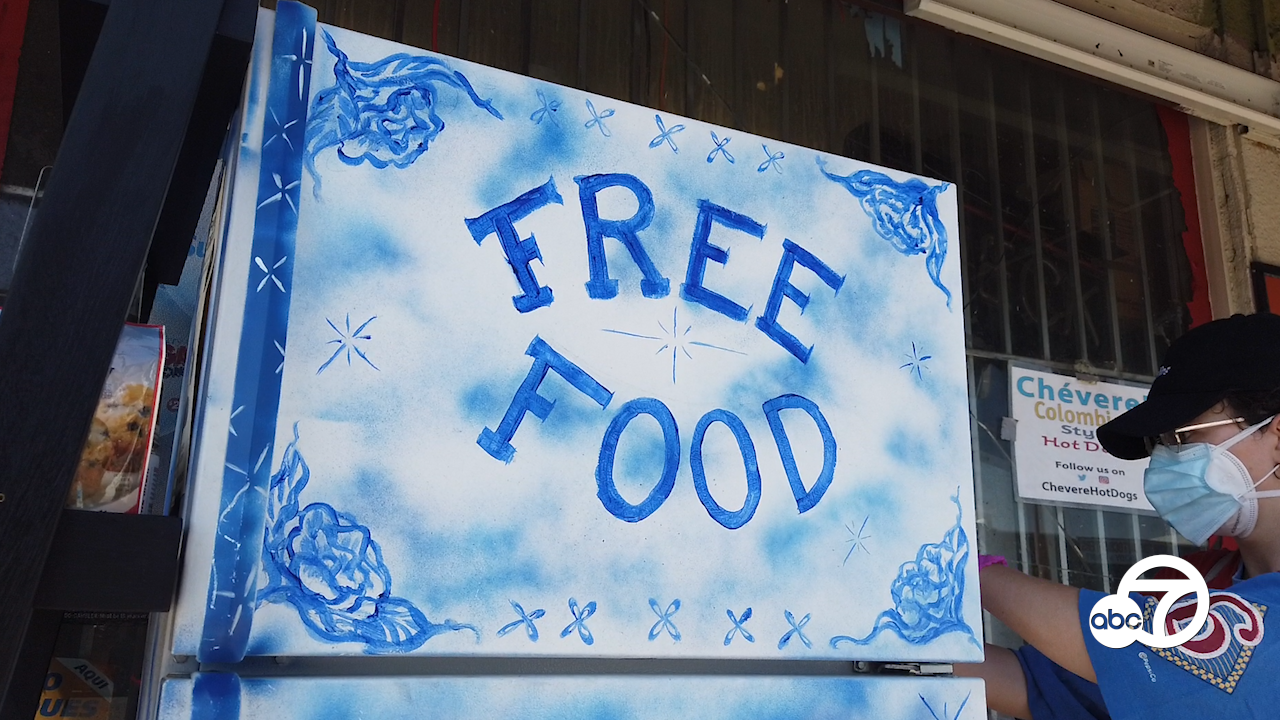 In just one week, six community fridges have gone up in neighborhoods like Downtown LA and Hawthorne.