"I was 95 when I stopped working, and I was still building airplanes with rivet guns," said the Long Beach native.

Otto was born in 1919 in Los Angeles, but spent the majority of her life in Long Beach. In 1942, she joined the war effort and began working at the Rohr Aircraft Corporation.

"Women joined the force with the men and at first, they didn't want us, but they saw we were willing to work hard, and learn and listen to them."

After the war ended, working women were let go of their factory jobs, but Elinor hated being still.

"I enjoyed the work where you can be busy physically. I didn't care to sit in an office," she said.

Over the years, she continued working on airplanes until her career ended in 2014 at Boeing in Long Beach.

"They shut the plant down so I didn't retire. I was laid off like everyone else," said Otto.

"It was really important that we represent women business owners and barrier-breaking women," said General Manager, Heather Kern, who describes Otto as a "feisty, spunky, firecracker."

In August, Otto moved to Las Vegas to be with family after the passing of her grandson.

"I said I would never live in a desert, but here I am!" she said.

When asked what the secret to a long life is, Otto said there is no secret at all.

"I keep my sense of humor, even when tragedies happen," she said, "You can still see something funny in a tragedy. That is important."
Report a correction or typo
Related topics:
community & eventslong beachlos angeles countycommunity journalistlong beachelderlyhistory100 yearsworld war iiin the communitywomen of distinctionwomen
Copyright © 2020 KABC-TV. All Rights Reserved.
COMMUNITY JOURNALIST 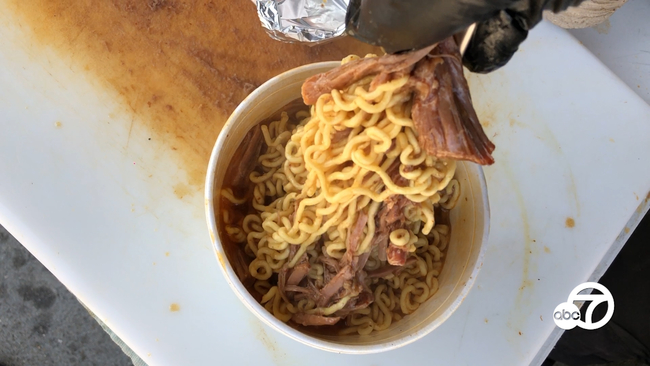