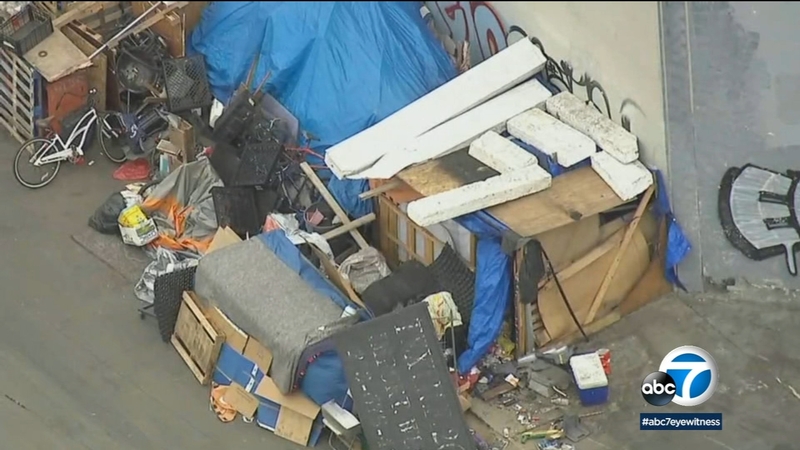 SKID ROW, LOS ANGELES (KABC) -- There are almost 59,000 homeless people in Los Angeles County as of this year, and the numbers continue to grow. Even as 123 people get off the streets every day, another 154 become homeless.

"We are bailing water out of this boat faster than ever before, but the hole on the bottom of the boat is so large that we are at risk of this boat sinking," says Phil Ansell from the Los Angeles County Homeless Initiative.

Tuesday's hearing to deal with homelessness took place in the Skid Row area. Right outside the front door, there were homeless: Tents line the sidewalks. The nearby area flooded last week during the heavy rains. They will be here during Tuesday night's storm.

"Every single day in the county of Los Angeles, as many as three people die on the streets directly attributable to homelessness, twice the homicide rate in this county. If that doesn't get your attention I don't know what will," Los Angeles County Supervisor Mark Ridley-Thomas said.

Teresa Winkler used to be homeless. She spoke at the hearing. She says there is a reluctance by some homeless to get help and get off the streets.

Officials say they are spending hundreds of millions of dollars, and nothing has improved. They need to find a better way.