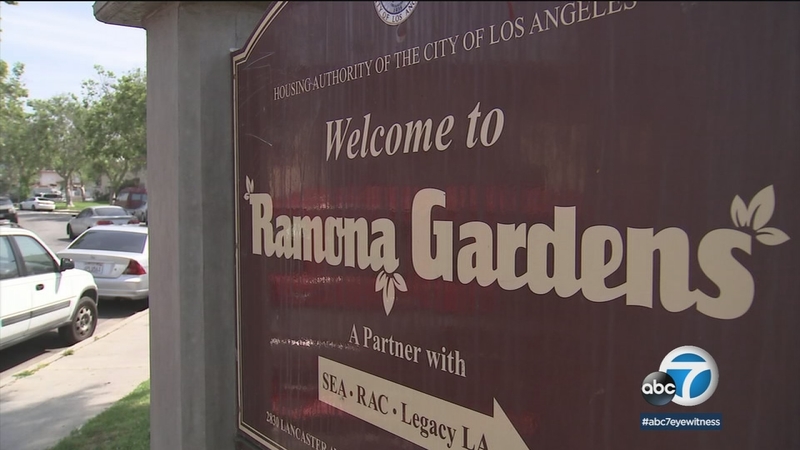 BOYLE HEIGHTS, LOS ANGELES (KABC) -- In a corner of Boyle Heights, an act of terror was caught on surveillance cameras four years ago.

The motive? Drive them out.

Lou Calanche said she saw it coming. There was graffiti of hate language that has since been painted over. "We were trying to educate the community about the impact of putting such things up," Calanche said.

The community was rocked by the racially fueled firebombings. Now it's working together to reshape and improve Ramona Gardens.

Calanche heads Legacy LA, a non-profit dedicated to deterring Ramona Gardens youth from gangs and empowering them with the vision that improving their community must start with them.

Six of those charged in the 2014 fire bombings have since pleaded out. Their potential maximum sentence is more than 30 years in prison, with the prosecutor saying a heavy penalty is meant as a deterrent.

"Sending a message both to the gang, but also to the victims of these crimes, that no matter where you live, in Ramona Gardens or if you live in Beverly Hills, we're here to protect your civil rights," said prosecutor Mack Jenkins.

Scores of arrests have since debilitated the dominant gang, yet, instead of tranquility arriving, a power vacuum took place.

There were two drive-by shootings last year and new gangs competing for control.

The president of Ramona Gardens, Ana Bryan, said her own teenage sons have been recruited. Bryan said one of her sons now feels afraid. "So it's scary, it's a scary time in the sense that it's unknown," Calanche said.

Stakeholders say programs such as Legacy LA need more support because the only strategies that work are the ones mobilized by the community.