As one of the largest Black-owned banks, OneUnited executives said they're excited to renew its long-term commitment to Compton.
KABC
By Ashley Mackey 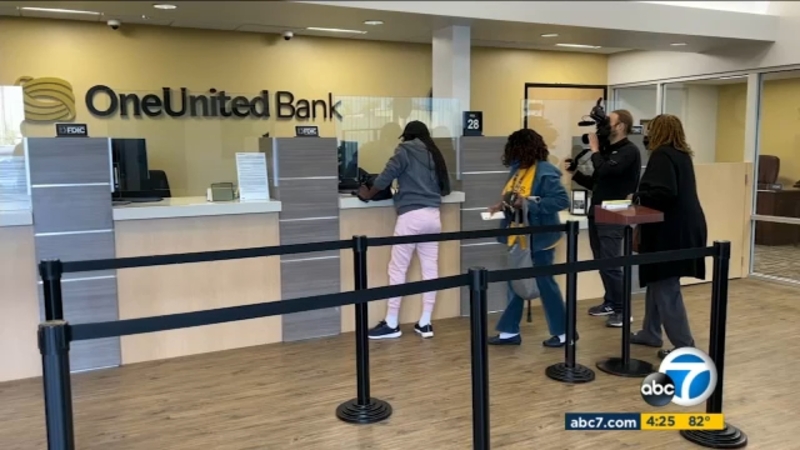 The bank had a branch in Compton previously and executives said they had been in the Compton community for over 20 years. Williams said they lost their lease in Compton and had been looking for a new home and some are happy for the change.

"We're just so happy to open. This is a wonderful neighborhood," Williams said. "The city of Compton has just been really good to us and we're here to serve."

A sneaker chain now stands where OneUnited Bank used to be located in Compton. Williams blames gentrification and adds it's something a lot of Black businesses have to deal with.

"It is a theme in our community," Williams said. "What we're hoping is to set an example and to try to identify ways in which we can help our businesses continue to grow by finding new locations."

As one of the largest Black-owned banks, executives said they're excited to honor their roots and renew its long-term commitment to the Compton community. During the opening of the new branch, OneUnited Bank presented the Compton Junior Equestrians, an inner-city youth organization, with a $5,000 donation.

"The Compton Jr. Equestrian Association is one that teaches our kids how to not only ride but also their history," Williams said.