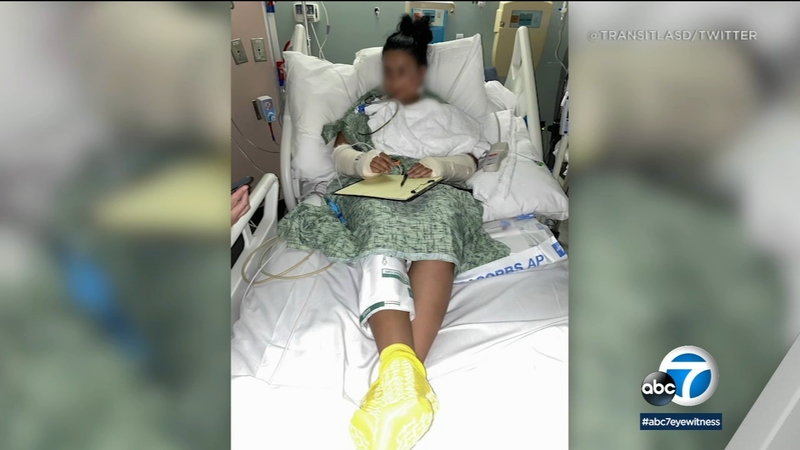 LOS ANGELES (KABC) -- We're getting our first look at a female sheriff's deputy recovering in a hospital after an ambush shooting in Compton.

The Los Angeles County Sheriff's Department tweeted pictures showing the 31-year-old mother of one with her husband at her bedside.

President Donald Trump spoke to her by telephone, promising that the shooter will be arrested.

She was shot in the jaw.

A male deputy also shot in the attack has been released from the hospital.

The names of the two deputies have not been released.

A reward for information that leads to an arrest and conviction has grown to $640,000.

A GoFundMe page set up for the two deputies has raised more than $700,000. The page, started by sheriff's detective Keegan McInnis, can be found here. An additional fund started by the deputies union is also raising funds.