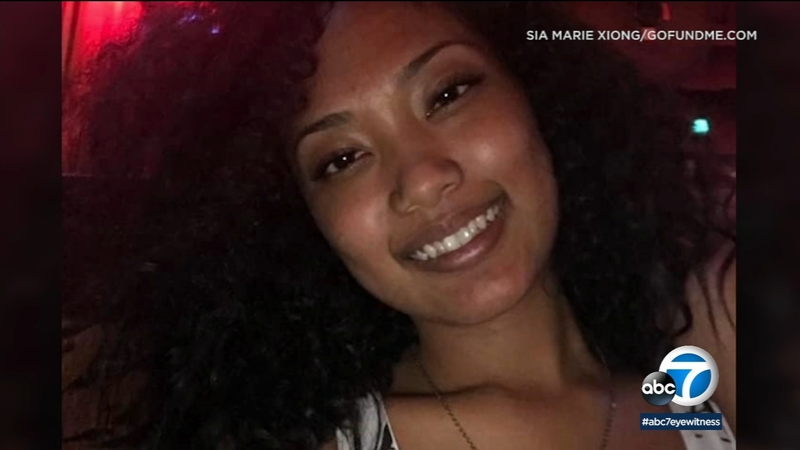 COMPTON, Calif. (KABC) -- A family is looking for answers after a 27-year-old mother was gunned down in Compton.

Sia Marie Xiong was fatally shot shortly before 6 a.m. Saturday in the 1600 block of East Kay Street, according to authorities. She was rushed to the hospital with a single gunshot wound and was pronounced dead there.

She left behind a 3-year-old son, Shakur.

Her family has no idea of the motive.

"She was a free-spirited person, filled with a whole lot of love and compassion. So it's really hard for me to understand, for somebody to hate her so bad to want to kill her," said Akeisa Long, Sia's aunt.

Sia was of Asian descent. Family members and community activists are asking the Los Angeles County Sheriff's Department to investigate whether her race played a factor in the shooting, particularly during a nationwide increase in hate crimes against Asian Americans.

The sheriff's department says at this time the reason for the shooting remains unknown.

"There is no known motive or any suspect information," the sheriff's statement said. "The investigation is ongoing."

They say so far investigators aren't releasing any information about the murder.

A GoFundMe has been established to help Sia's family.