Texas mom says daughter, 6, left in daycare van for hours: 'My mind went to the worst' 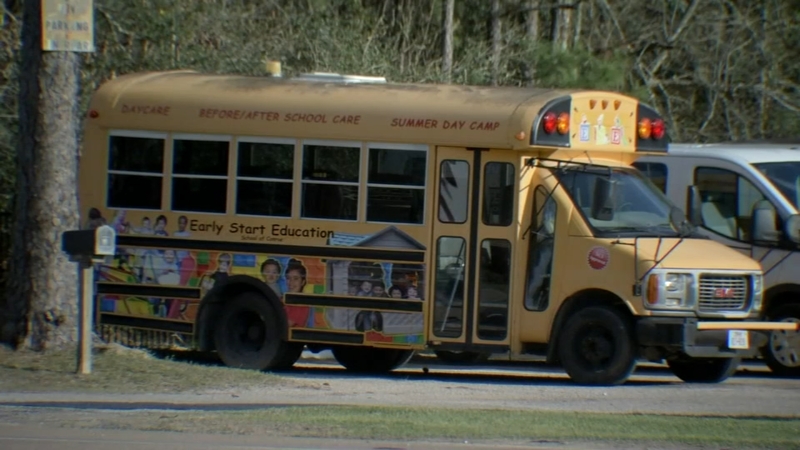 CONROE, Texas -- A Texas daycare is under investigation after reports that a child was left inside a vehicle for at least five hours.

Police in Conroe, Texas, which is near Houston, said they have opened an investigation into Early Start Education School of Conroe after a mother reported her daughter was left in a vehicle.

The Texas Department of Family and Protective Services said they are also investigating to determine whether or not abuse or neglect occurred stating, "findings from our investigation will be turned over to the Health and Human Services Commission (HHSC), the state agency that licenses and regulates day care in Texas."

This mother said she dropped her daughter off at 7 a.m. on Tuesday. The daycare loads up elementary school students and takes them to school around 7:15 a.m., but on Monday, she said that did not happen.

The mom said the daycare told her they believe the 6-year-old kindergarten student fell asleep and never got off at school and the driver failed to notice.

"She was confused when she woke up all by herself on the van. She said she woke up, she knocked on the window and there was no one around and she recognized her preschool," said the mother. "She started to get really, really hot and then she started panicking and then started crying."

She said her daughter was discovered on the vehicle by a woman around noon. The mom isn't sure because she said the daycare refused to give her details. She told ABC Houston affiliate KTRK the daycare employees tried to brush-off the incident.

"Well the bus driver, you know, she was just you know really busy, she was really tired, overworked. She forgot to do her bus routine and make sure there were no kids left in the seats," the mom said.

She said her daughter was dropped off at school around 12:45 p.m. and the daycare finally called her around 1:45 p.m.

Conroe police are now investigating for a possible case of child endangerment. The department told KTRK they are collecting surveillance video and interviews.

KTRK tried to speak with the daycare business, but they declined to comment and even threatened to call police on the reporter who was invited inside the building.

The most recent inspection at Early Start Education School of Conroe by the state was on Feb. 25 and found no violations.

"I'm just angry. The school has nothing to say to me. They have no answers and they're just continuing on like they didn't just leave my kid in a van all day," the mom said.

This mother says there is no room for error when you have the responsibility of children. She believes the cold weather saved her daughter's life.

"We're all lucky that this situation ended OK, but it's not fine. It won't be fine," she said.