A witness sent us video of the explosion at NuStar Energy in the Contra Costa County town of Crockett that shows a massive fireball that sent the roof of a tank flying into the air and floating back to the earth.

CROCKETT, Calif. -- As a fire raged at NuStar energy facility in Crockett, California, on Tuesday afternoon, an explosion that sent the top of a tank flying was caught on camera.

A witness shared a clip that shows a massive fireball created by the explosive chemicals. The roof of that container was sent flying in the air and floating back to the earth.

The fire prompted a hazardous materials emergency that led authorities to order about 12,000 people in two communities to stay inside with all windows and doors closed.

Emergency sirens blared and thick plumes of black smoke and flames filled the skyline around the facility in Contra Costa County.

"This is a very dynamic, rapidly evolving situation,'' Capt. George Laing of the Contra Costa Fire Department said. He said authorities received numerous reports of explosions before the fire and that the flaming tanks "are releasing chemicals that are still burning." 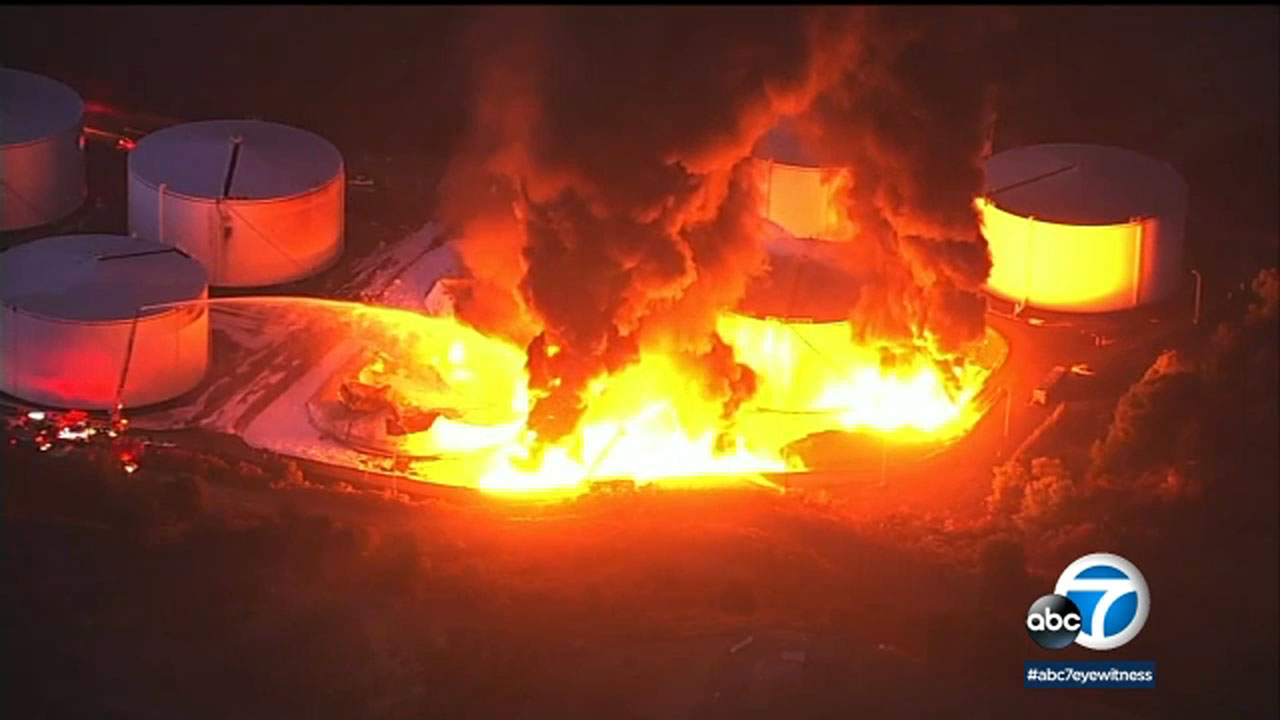