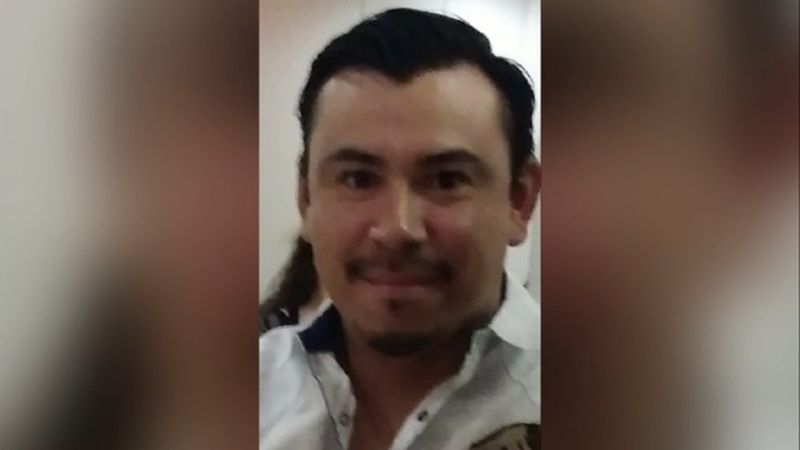 CORONA, Calif. (KABC) -- The city of Corona is facing a possible lawsuit after a Corona police officer detained a man during a traffic stop that ended with him being taken into custody by a Customs and Border Patrol agent.

On Wednesday, the American Civil Liberties Union of Southern California filed a claim seeking $1 million against the city of Corona. The claim accuses the police department of violating Daniel Valenzuela's rights and state law.

Back on Jan. 30, Valenzuela was pulled over for going over the speed limit. In the claim, it said the 33-year-old husband and father of three told the Corona officer he was in the U.S. on a visa.

"He was pulled over by Corona PD officers, held on the side of the road for over an hour without a ticket and without arrest and handed over to the Border Patrol," said Bitran.

Valenzuela was eventually deported to Mexico and because his visa had expired by two weeks, he will not be allowed to reapply for up to a year. Even if he does reapply, it's not likely he'll be issued another visa due to the violation.

"My hope is that he will be allowed to come back, that's it," said Valenzuela's wife.

She asked not to be identified as she spoke to reporters following a press conference outside City Hall announcing the claim.

"My children miss their father," she said.

The Corona Police Department issued a statement in response to the claim filed by the ACLU:

"On January 31, 2019, a Corona Police Department officer was involved in a traffic stop of a van for speeding (70 MPH in a 45 MPH zone). The driver presented the officer a license from Baja California and advised, through another officer translator, he was in the U.S. visiting and forgot his Passport and Visa at the residence he was visiting."

The initiating officer called the Border Patrol checkpoint in Temecula to verify the driver's story regarding his Visa, during which time they advised our officer that the driver's Visa had expired.

The Corona Police Department has provided officers training on our Immigration Policy (Sec. 428) and Government Code 7284.6 in the past. The Corona Police Department has, since this incident, provided supervisors with our Policy (Section 428) and Government Code 7284.6, requiring them to brief the policy and law to the officers again. Also, immediately following this incident, the information was once again provided in quarterly training to all officers.