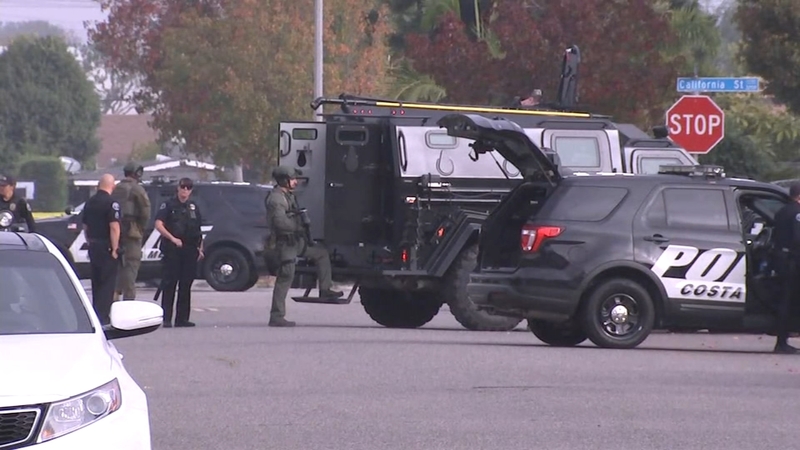 Suspect taken into custody after hourslong barricade in OC home

COSTA MESA, Calif. (KABC) -- A man was taken into custody Wednesday morning hours after barricading himself inside a Costa Mesa home with his two children, prompting authorities to descend on the neighborhood.

Officers responded to a domestic disturbance at the home on the 3200 block of Dakota Avenue just after 12:30 a.m., according to the Costa Mesa Police Department. A woman, who reported being assaulted, was able to exit the home, but the man stayed inside.

Police say the suspect had a registered firearm and made threats to officers.

Shortly after 10 a.m., police said the man surrendered and the children were safe and sound. Their ages were not disclosed.

Adjacent homes had been evacuated out of an abundance of caution as SWAT and crisis negotiating teams attempted to get the suspect to surrender.