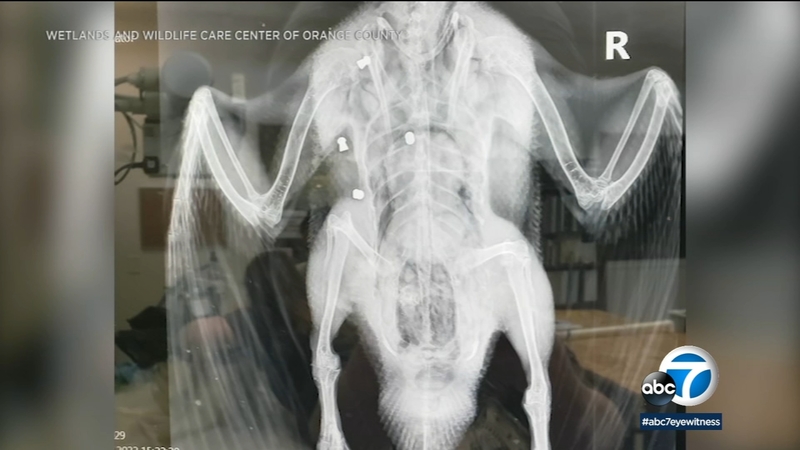 COSTA MESA, Calif. (KABC) -- An unsettling discovery in Costa Mesa, as four ducks were found shot to death with a pellet gun in TeWinkle Park.

"These birds -- one male Mallard, two Muscovy ducks known as Mr. Chipper and Grace, and one Pekin duck named Darryl -- were not just shot once, but multiple times each," McGuire said.

A mountain lion was struck and killed by a driver on the 405 Freeway in Brentwood early Thursday morning.

"Park frequenter Michelle Berger was in tears as she told me the stories of these ducks, and of the many others missing who are also feared dead," McGuire said. "She last saw them happy and alive at 7 p.m. on Easter Sunday."

The quartet was peppered with multiple pellets and more waterfowl are missing and feared dead.

"We as a community need also remember that not only are the lives of wild animals in danger, but also those of us and our loved ones," McGuire said.

"The Wetlands and Wildlife Care Center sees human-caused atrocities like this almost every day," McGuire said. "But the magnitude of this senseless shooting makes it one of the more solemn events we have witnessed in recent memory."

Costa Mesa police are urging anyone with information to come forward.

Editor's note: This story has been updated to clarify the ducks were fatally shot with pellets.