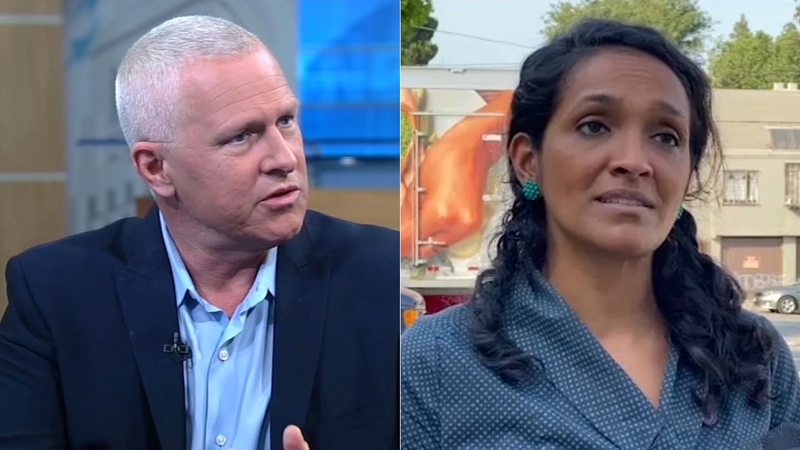 LOS ANGELES (KABC) -- Los Angeles City Councilman Mike Bonin is facing a recall, making him the second council member to be the target of a recall effort in less than a week.

The L.A. Times reports that Bonin was served with a recall notice at his home in Mar Vista.

Supporters of "Recall Bonin 2021" accuse the councilman of inaction that they say has led to a growing homeless population in their neighborhoods, rise in crime and struggling businesses.

Bonin responded on Twitter and blasted the recall effort as an "extravagant waste of taxpayer money" and said he's the latest target in a string of attempts to recall progressive officials.

I’m now the latest target in a string of attempts to recall progressive officials. This is an extravagant waste of taxpayer money - and a thinly disguised attempt to derail my efforts to provide real solutions to our homelessness crisis. My full statement attached. pic.twitter.com/6ht0twG4bw

Meanwhile, Councilwoman Nithya Raman, who represents a number of neighborhoods around the Hollywood Bowl and Universal Studios, is facing a similar situation.

She's only been in office for six months, but a small group has launched a recall effort against her, attacking Raman's response to the homeless crisis and crime.

Bonin and Raman have led an effort to replace the city's mandatory encampment cleanups with a more voluntary, service-based approach. Their motion to have the city develop a new method to replace the cleanups, often referred to as "sweeps," was unanimously passed by the City Council in April.

Pacific Palisades residents opposed to a proposal by L.A. Councilmember Mike Bonin to move some residents of the homeless community to Will Rogers State Beach believe that plan could lead to more brush fires.

Under Los Angeles' recall rules, constituents are able to sign petitions to recall council members starting four weeks after the notices were served. In order to get the recall effort on the ballot, the campaigns have 120 days to obtain verified signatures from 15% of the districts' registered voters. The Raman recall effort needs at least 27,448 signatures, while at least 27,387 signatures are needed for the Bonin effort.

These recall efforts come at the heels of campaigns to remove Gov. Gavin Newsom from office, as well as L.A. County District Attorney George Gascón.