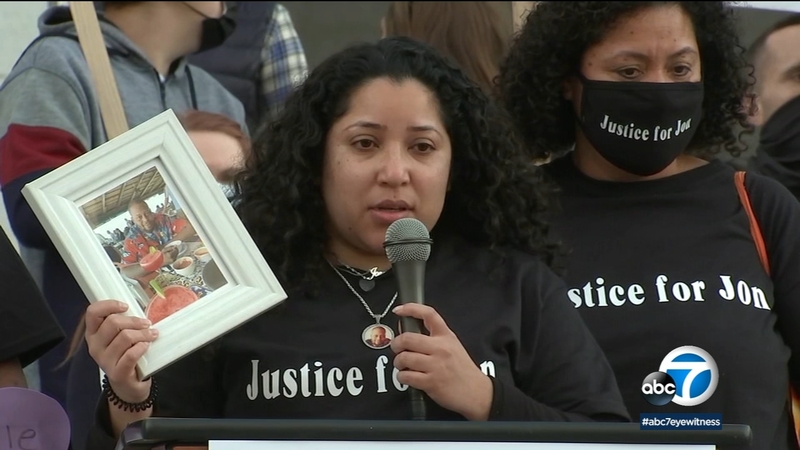 Gascón campaigned on a reform agenda when he successfully unseated incumbent DA Jackie Lacey last year. But after he took office and began detailing how many of those reforms would take shape, victims advocates and others in law enforcement and even from within Gascón's own office have begun to protest.

Over the weekend, victims advocates officially kicked off their recall efforts after gathering the minimum of 20 signatures needed to formally begin the process. The group has 160 days to gather 580,000 signatures of registered voters to place the measure on the ballot.

Villanueva appeared at the rally, announcing his support for the recall.

"When we say it's OK to not only join a criminal street gang, but engage in crime in furtherance of that criminal enterparies, and they face no consequence, we have a problem," Villanueva said. "His name is George Gascón."

In a statement Gascón said "Our system of justice can't continue to rely on policies that create more victims tomorrow simply because some victims want the maximum punishment imposed in their case today."

"I also can't ignore research showing these views are not shared by a majority of survivors of violent crime. Nonetheless, all survivors agree that they need more support, and that's why I'm focused on expanding our ability to provide clinical and trauma informed care for victims."

Family members of 10-year-old Anthony Avalos, who was killed by his mother and her boyfriend, say Anthony isn't getting the justice he deserves.