Inmates at the High Desert State Prison in Northeastern California have been particularly hard hit by the recent jump in COVID-19 cases. This LA family is grieving the loss of their loved one who they say paid the ultimate price in this outbreak.
KABC
By Grace Manthey 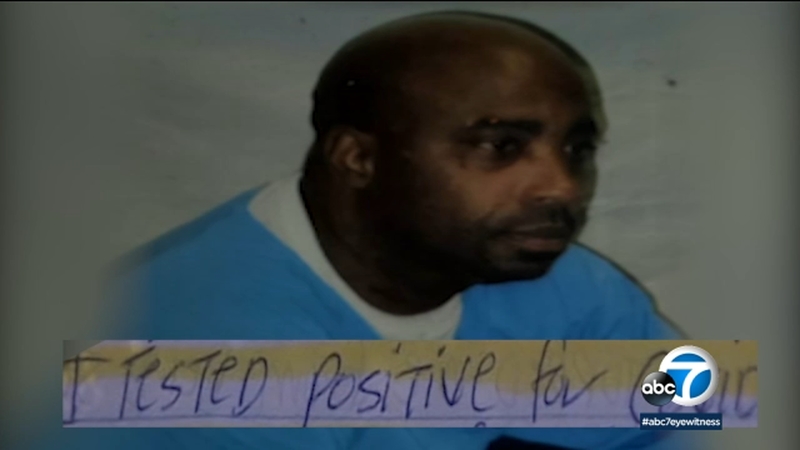 LOS ANGELES (KABC) -- A Los Angeles County family is demanding increased precautions from the California Department of Corrections and Rehabilitation after they say their loved one died of COVID-19 just months before his scheduled release.

"They are locked away in a building and they are supposed to be safe, but they're not safe," said Swekeda Ellis, who said her brother, Tramond Thomas, died after contracting coronavirus inside the High Desert State Prison in November.

"It's awful and it's sad. My brother shouldn't have had to go through this. They are bringing the virus into the jail system, and it's like they don't care."

Her loss comes as CDCR grapples with a spike in coronavirus cases.

Swekeda Ellis, who says her brother died of COVID-19 while incarcerated, talks about the struggles of going through this pandemic with a loved one in the California prison system.

Using data from CDCR as of Dec. 1, Eyewitness News found about 16% of all positive COVID-19 cases within the state's 35 prisons, more than 3,300 inmates, were identified over the last two weeks of November.

At High Desert State Prison in Northeastern California, where Ellis's brother was in custody, the spike was even more significant.

Roughly 2 out of 3 inmates sickened in the facility through Dec. 1, tested positive for COVID-19 over those same 14 days.

Ellis said Thomas, 44, sent her a letter in mid-November saying he had tested positive for COVID-19 amid an outbreak in the facility.

"The building is getting sick," Ellis said, reading Thomas's letter aloud. "I tested positive for COVID. Keda, pray for me. I love you all. I am really sick. My body hurts and it's causing me to breath bad. I am getting scared. I do not want to die in prison."

That letter served as her brother's final words. One day later Ellis received a call from the state saying that her brother had died.

"It hurts me to my soul knowing that this is the last thing that he wrote. He was scared," Ellis said. "It makes me hurt. It makes me feel bad that I couldn't do anything."

While the state has said one individual in custody at High Desert State Prison died from COVID-19 on the same day that Thomas died, the state refused to confirm whether Thomas had contracted COVID-19, citing medical privacy laws.

The death certificate for Thomas lists his cause of death as pending/unknown. A spokesperson for Lassen County, where the prison is based, indicated the medical examiner was waiting on toxicology to confirm a cause of death which could take up to eight months.

"I just want to shed light because I am not the only person going through this," Ellis said.

Ellis said she is devastated by the loss of her brother but also angry with the state for failing to give her answers or an opportunity to say goodbye.

A spokesperson for CDCR addressed the recent increase in coronavirus cases and the state's efforts to stop the virus's spread in a statement.

"The well-being and safety of the incarcerated population and staff within CDCR and CCHCS is our top priority. We are immediately responding to the increase in positive COVID-19 cases at High Desert State Prison (HDSP) with coordinated efforts to increase the frequency of testing, conduct contact tracing and implement isolation and quarantine measures to mitigate spread of COVID-19," wrote the spokesperson.

The spokesperson added that the state was staggering inmate dining and recreation schedules to allow for greater social distancing and increased time for disinfecting. The state also announced it was suspending intakes from county jails and increasing mandatory testing of prison staff and inmates.

In person visits have been suspended since March.

Staff are also required to wear face masks and inmates have been provided face coverings and cleaning supplies as well, the spokesperson said.

Ellis's brother, Thomas, was just months away from his scheduled release from prison after serving a 24-year sentence following a conviction for an armed carjacking and kidnapping, when he died November 17.

Thomas had been imprisoned since he was 19.

"It's just really hurtful because we had plans. He was just so full of life and excitement about coming home," Ellis said fighting back tears.

"He had a different mindset and he was looking forward to a second chance. He knew he had a second chance. I mean he had been in there since he was a 19-year-old. COVID took everything from him and I believe the prison took that from him as well."